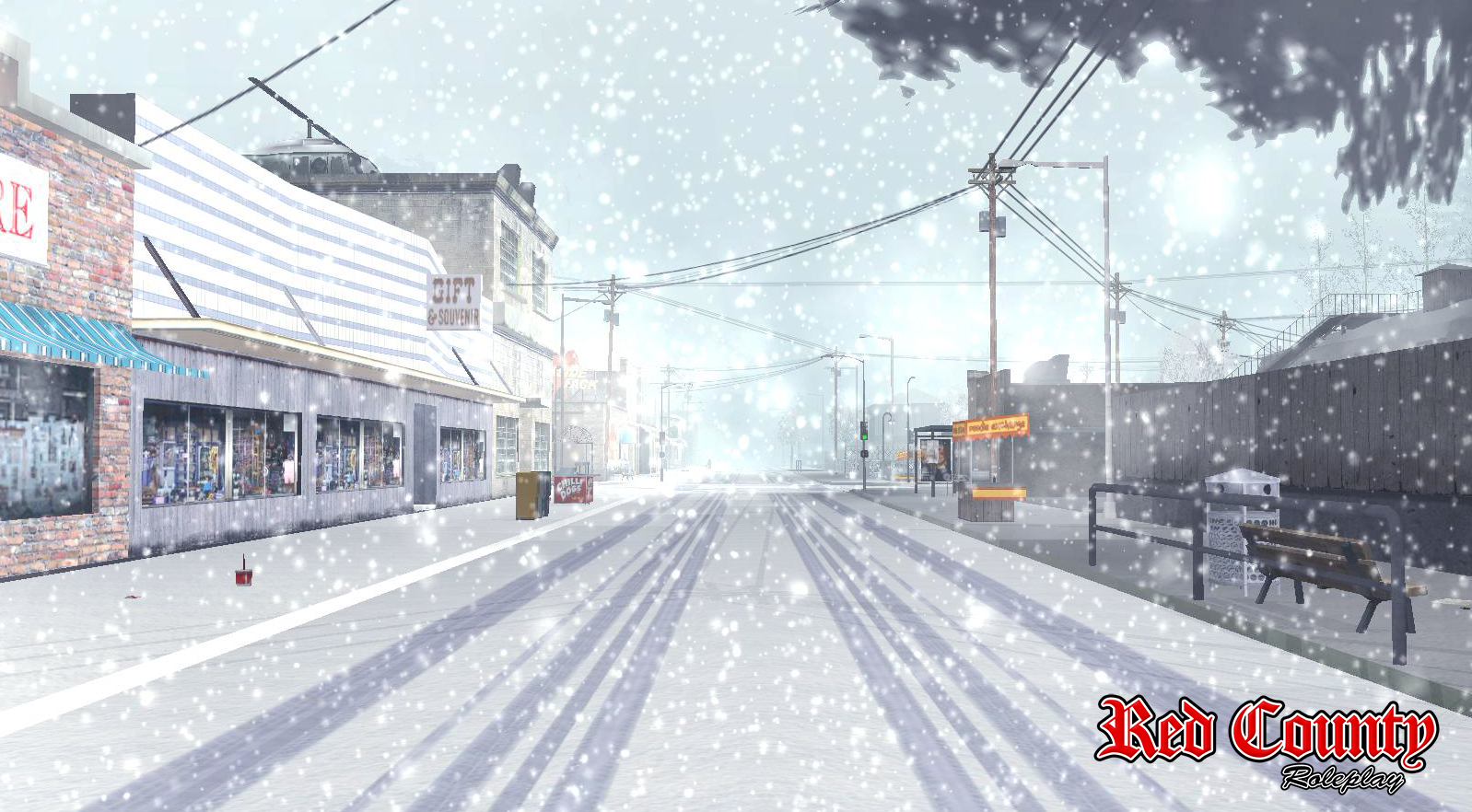 Winter is coming. And that means that cold temperatures, snow, ice, long nights and all that are coming too. And just like every year, we're going to roleplay those effects globally - and what does that mean? In short, it means that the administrators will announce how the weather conditions look like, and all the online players will have to roleplay accordingly. For example, if we say that it's snowing heavily - you won't be able to fly helicopters or drive as fast as you normally would. Everything will be announced via in-game asays by administrators, so make sure to pay attention to the chat! Except for asays, a /snowlevel command has been implemented, which can be used by any player at any time to check the current level. The current snow level will also be included in the player MOTD (Message Of The Day), so pay attention to it while logging in. You can also see the MOTD on the RC:RP Homepage. The /snowlevel info and the MOTD will be updated by administrators along with weather-changing asays. Please note that with the implementation of /snowlevel, the current level will no longer be updated in the title of this thread, as it used to be in previous years.

The amount of snow will be based on the SnowFX modification, which you're all encouraged to install (although it's not mandatory). There's five levels of snow, from 0 to 4 - each of them describing a different amount of snow falling from the sky / lying on the ground (they're described thoroughly below). You will be required to roleplay the snow and the effects accordingly. Like it was said earlier, administrators will make announcements throughout the day with notifications on the current level of snow, using the levels applied in the SnowFX modification. There's also the SnowAndreas mod, which will replace all the textures from the core game to winter textures - basically adding snow everywhere. It is also not mandatory, but we encourage you to use it aswell, as it greatly increases the immersion.

Winter roleplay gives you a large sum of completely new things to roleplay - use this as a chance to develop your character to the best of your ability and roleplay passively with your friends. Here's a couple examples of what opportunities winter RP brings:
Anything you can imagine really.

List of vehicles deemed as offroad-capable:
Landstalker, Huntley, Rancher, Yosemite, Mesa, Police Ranger, BF Injection, Patriot, Quad, FBI Rancher, Sandking, Bandito, Dune, Barracks, Flatbed.​
You have to roleplay accordingly to the current snow level. If you don't, a punishment will be handed out.​

One of our community members, OutWorld, has created a great tutorial for downloading and installing the snow textures mod and SnowFX mod, here's a link to it: https://redcountyrp.com/forum/viewtopic.php?f=4&t=111083.

how to recycle topic from last year 101

Would it snow in Bone County?

You look so fabulous on that last screenshot, Earl.

DiFenucci said:
Would it snow in Bone County?
Click to expand...

I assume yes since the snow mod covers SA as a whole.