​
I'd like to thank everyone who answered the survey for their time in answering the questions. The answers provided have been a useful tool in helping the faction administration team understand the general feeling towards the factions on the server, and it allows us to read your suggestions and comments anonymously, for those that would prefer to give anonymous feedback. The following is a summary of some of the information gathered through the survey. More detailed feedback will be released privately to factions in the coming days.

Satisfaction Ratings
These following ratings are based on the rating out of ten each player gave factions. I have taken the average of all the answers to come up with a list of the best rated factions. Bear in mind that this may not necessarily reflect on the actual performance of a faction, due to the fact they're based on the opinions of players.

Unofficial Factions
One of the questions asked in the survey was in regards to unofficial factions. It can be difficult for admins to explore every unofficial faction on the server, so this sort of feedback is useful for us to- understand what factions players are enjoying, and would like to see developed and potentially official in the future.

Palomino West Clique is a faction that has been mentioned quite a lot in the results of the survey. Players are enjoying the roleplay that the faction is providing, and enjoy the presence of the gang. One response mentions a lot of high quality passive roleplay being provided by the faction, which is good to see.

The People's News Network was very popular among the responses. As the leader of SAN, this is a faction that I have been keeping an eye on myself, and have to agree with the majority of responses that the faction has been creating very impressive news articles. A lot of players also enjoy the different outlook on news provided by the faction.

The County Smokehouse got multiple positive mentions in the results of the survey. Players really like the idea of the faction, especially the legal side of the faction.

Conclusion
To finish, I am delighted with the variety of the responses provided. As well as the results provided above, each faction will be given a summary of the suggestions and opinions provided of players through the survey, and the faction administration team will look over the suggestions made to us, and try to use them to improve the way we support factions. One of the most common suggestions for the faction administration team, was to implement a new weapons and drug system. While this isn't really something we can do, I can assure you that weapons and drug systems are in progress.

Thank you for your time!
Speakybutton
Faction Administration 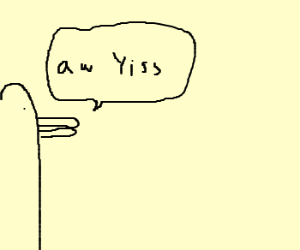 Thanks for this Speaky, very helpful for faction/gang leaders to take and improve on.- However, I would like to meet with you in TS at some point so we can discuss the negatives aswell! Congratulations to all nevertheless.

Very well done to all of the factions, i would've expected some higher averages for some of them though. Never the less well done.

Good work Speaky.
And nice to see the unofficial factions staying strong. Was expecting some higher votings though! xD

That Silver Trading hate though

TommyB said:
That Silver Trading hate though
Click to expand...