The modern day mafia is nowhere near its former glory, achieved in the 70s. Since the 90s and onwards, a lot changed. With the appearance of the RICO act, the mob had to find new ways to prosper. The publicity John Gotti gave the American Mafia is probably the worst thing that could ever happen to it.

The Mafia is no longer the secret society it used to be. It is much looser in the terms of hierarchy. Many times, the captains and the leaders of a family will be involved in high profile scams, charities, insurance scams and more. The low level guys usually have a hand in drug dealing, gambling, extortion, or prostitution, and usually always have a legal front to launder money. The Mafia tries not to be seen. A mobster would rather steal 5 cents from 1,000 people than $10,000 from a single person. Why? Because of the notoriety. Mobsters tend to try and remain low nowadays. The days of FBI vans stalking mobsters' social clubs are long gone. 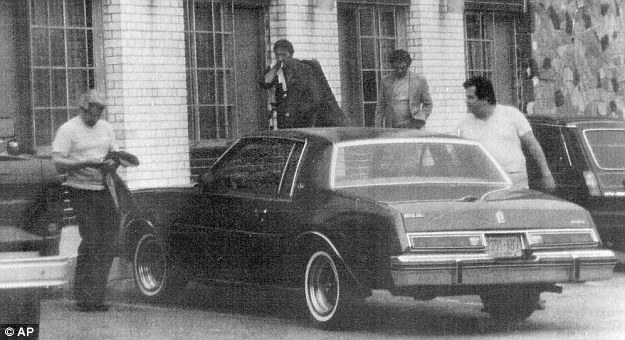 FBI Surveillance photos are long gone.​
That leads me to an important point – New members. New members are no longer strangers to the underworld. It's often the other way around. The mob recruits people with their own independent operations. Usually it's someone's family member or a known gangster doing his own thing. The mob offers working with the individual either as a "partnership" for a small "fee" or protection, and that's how members usually get affiliated to a particular family. Usually, if the said person continues to make enough money for the crew over an extended period of time, gangsters usually background check their people to avoid run-ins with the law. If the background check goes well, the person might be approached by a higher ranked figure with an offer to move up in the ranks, or, in better words, an offer to be vouched to get made. Omerta? Induction ceremony? It is pretty much a thing of the past. If you think Omerta still exists, I doubt you'd still think that way after you hear that even Joseph Massino, the former boss of the Bonnano family, flipped and turned the tables agains fellow mobsters to avoid the death penalty. Honor? It no longer exists. Cards aren't burnt. None of that is done anymore. A humble meeting is held in a sleazy motel or a backroom of some shop, but that's about it. 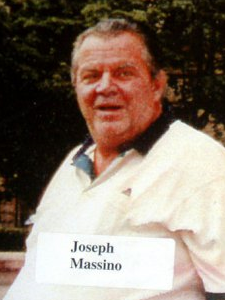 Joseph Massino, former Bonnano boss, turned informant in 2004​
Not only the families changed, but the way they handle things changed too. Several families, for instance, got in on the housing boom of 2002-2007 through corrupt construction companies and unions, court papers and sources say. Several companies were even involved in the rebuilding of the World Trade Center! The Gambino family stole credit card numbers via Internet porn sites, laundered gambling money through an energy drink company called American Blast, and took over a company that distributed bottled water — a far cry from the Prohibition days of bootlegging. All the families use the Web to enhance their multi-million dollar illegal gambling empires through offshore betting shell corporations.

Violence is nowhere near what it was in the 80s and 90s. You won't see bosses or soldiers lying dead in the streets or in trunks. No. The families would rather solve a dispute internally than going to war against another family. The federal attention brought with violence will only hurt the money making operations of the said family. Since 2000, the number of bodies has dropped precipitously, law enforcement sources say. They take this as a sign that the mob once again craves a lower profile to avoid scrutiny. Peace now rules neighborhoods where shootings occurred daily.

Paul Castellano lying dead at Sparks Steakhouse. This is no longer wanted by the mob.​
So, what did we learn? The mob is nowhere near what it was in the 1980s and 1970s. It might have went under the radar, but still remains strong and is still a central figure in the American criminal underworld.
Last edited: Jan 22, 2019


Sent from my iPhone using Tapatalk