Master Account Name: LarsJameson
In Game Name: Callum Jameson
Faction Name: San Andreas State Police
Faction Member(s) involved: Most of them.
Offence: An attitude when it comes to /b.
Evidence: 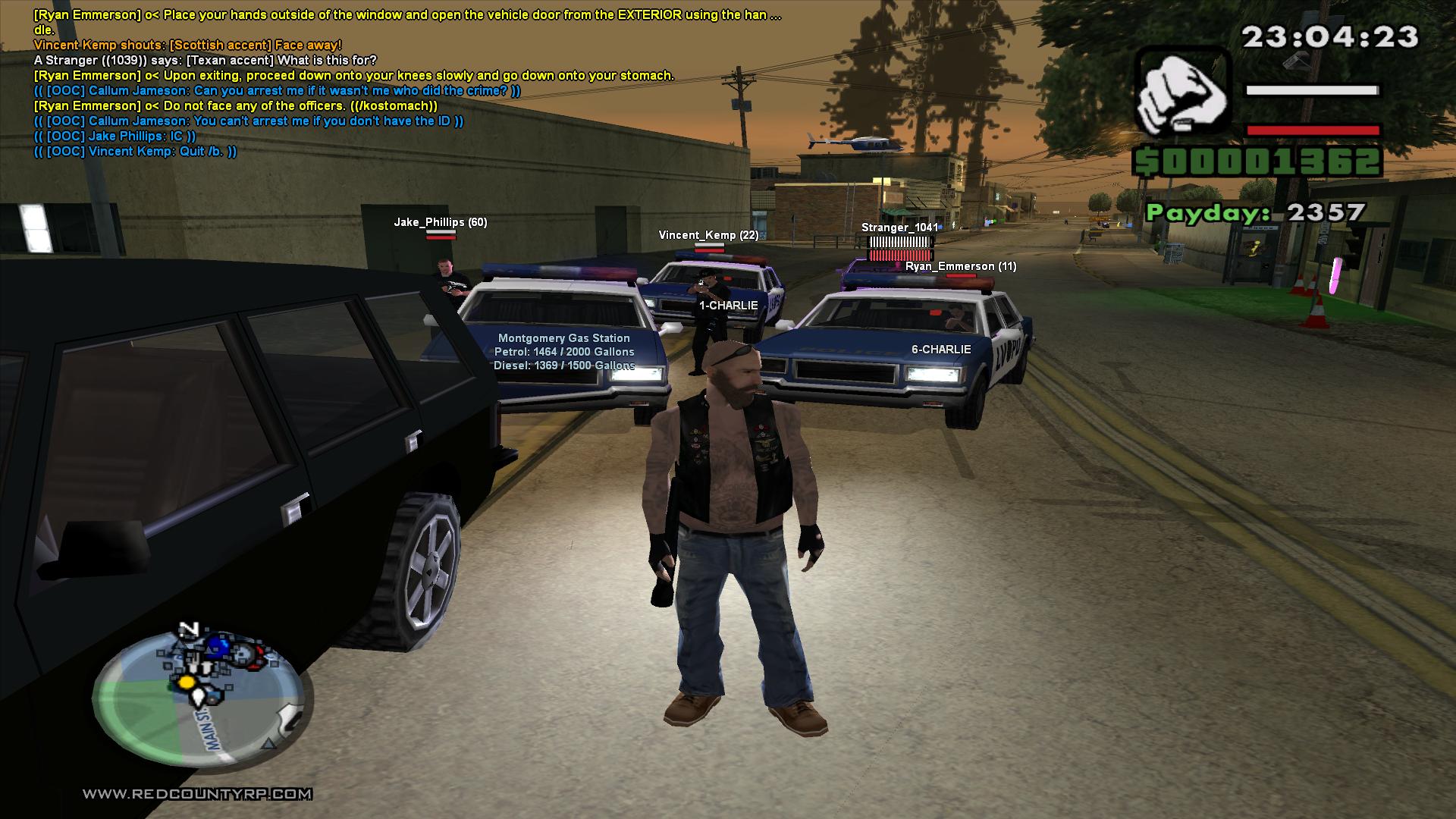 Witnesses: Mason Wright, Kimberly North, Miguel Santiago, Dulce Marquez
Additional Information: So i'll start this as, i'm basically an illegal RP'er, I prefer it over anything else. A lot of the time if I try to commit a crime and get away, but then the police arrest me, knowing me OOCly but not knowing it's me ICly. Allow me to explain one of the situations. Now, a few weeks ago I lit a house on fire, a house that belonged to Angela Wickes. I was masked, and drove a car, to the home and RP'ed burning in down. Without any type of PM's of CCTV or anything, I was on an alt character whom was a part of MAL, sitting in Montgomery park across the street from some biker friends of mine. I decided to log onto my biker account and ride over, when I got there, they were ALL getting arrested for me burning down the house, simply because they were in biker skins and by bikes with ADMC patches. That's the first thing that pissed me off, here's the next. I try to tell them through /b that in the real world, you can't arrest a whole group of people just because you know ONE of them did something. But they simply all, and I mean ALL, togged /b. Now today, a friend of mine shot at an FBI agent after she pushed his bike over. He went on the roof, masked, and shot at her a few times, then running away. I was simply driving through Monty after it happened, was pulled over and cuffed and was about to be arrested. I told the cops through /b that you can't pull someone over, force them to the ground, and cuff them if they haven't done anything. I think they simply did this because I was wearing a biker skin, and they knew a biker did it. The RP to win by the SP is really beginning to piss me off, and i'm very tempted to move servers, I know of course nothing will ever happen to the SP because they are the almighty, but hopefully some can get it through their heads, the force matrix and how things actually work.
Other Comments:

For the record, I'm responding as a member of the SASP and not of Faction Administration. This is how it went down... The SASP were alerted in /d about a Black Huntley who was involved in a shooting at the Montgomery park. As I was driving towards the Montgomery park, I saw a Black Huntley driving away. So of course, I'm going to pull it over. As I look towards the vehicle I see that you're a biker, I then ask the FBI if it was a biker - they say yes. At this point, you were saying that we can't arrest you if you didn't do the crime, which is partially true although this is a dispute/query that should be delegated ICly, not in /b. I wasn't prepared to get into a /b dispute while we were roleplaying.

We were in no way "RPing to win", we were merely responding to a departmental call. You were then let go.

I can understand where you are coming from with this incident, and I do respect your opinion and what you say, although this isn't the first time this happened. I hear about this from my friends constantly as well as see it for myself when dealing with officers. Now, of course they are not all in the wrong, and it's not like i'm asking for the people who say it to be punished, I failed to find the older screenshots of officers showing -attitude-. I mean at the point when they actually get mad when we make a point, and they begin giving threats. I will go on the hunt for the screenshots to show to you. I just want officers to show a little more respect to the players OOC'ly, and like I said, it isn't everyone, just a select few. 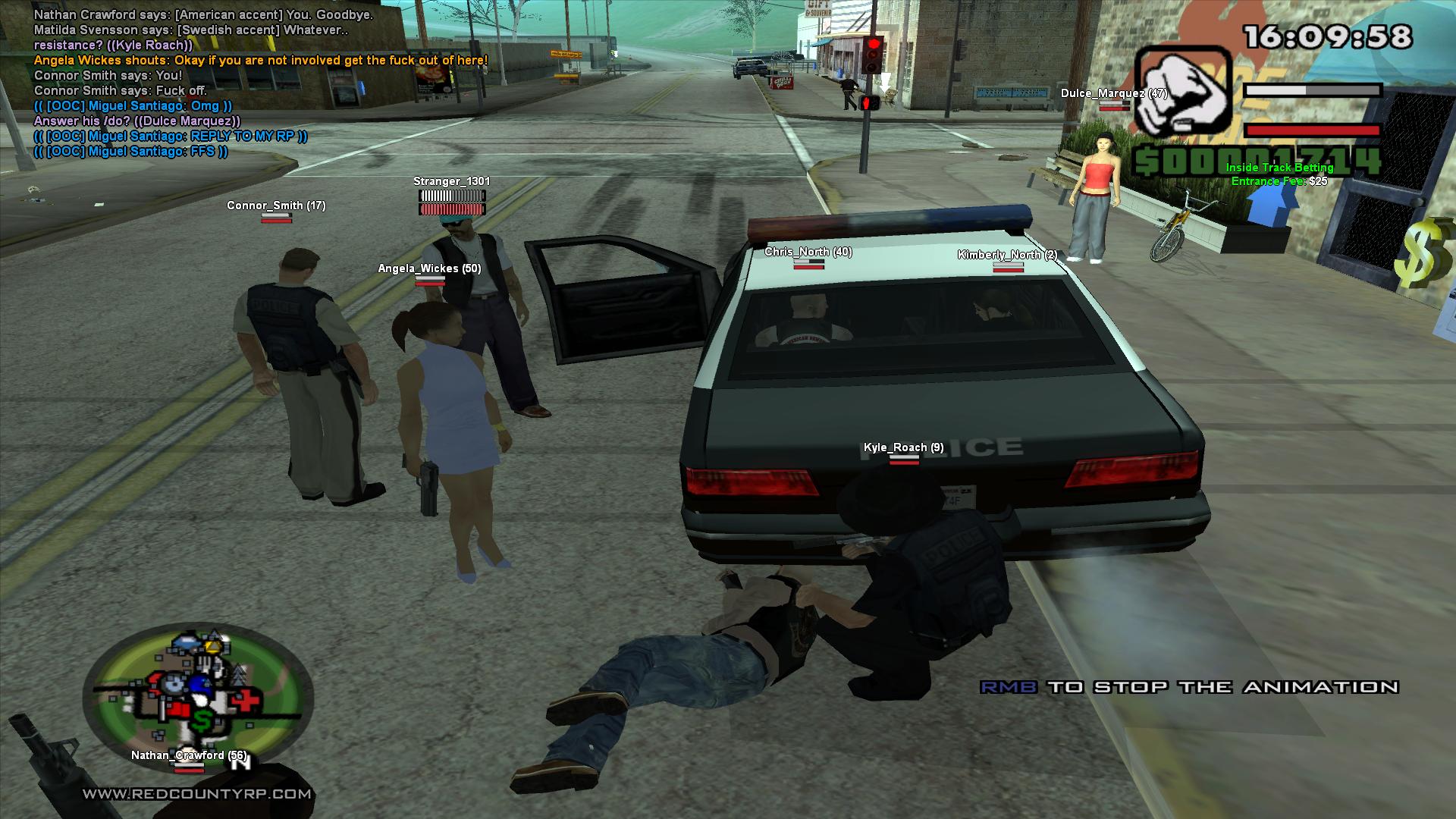 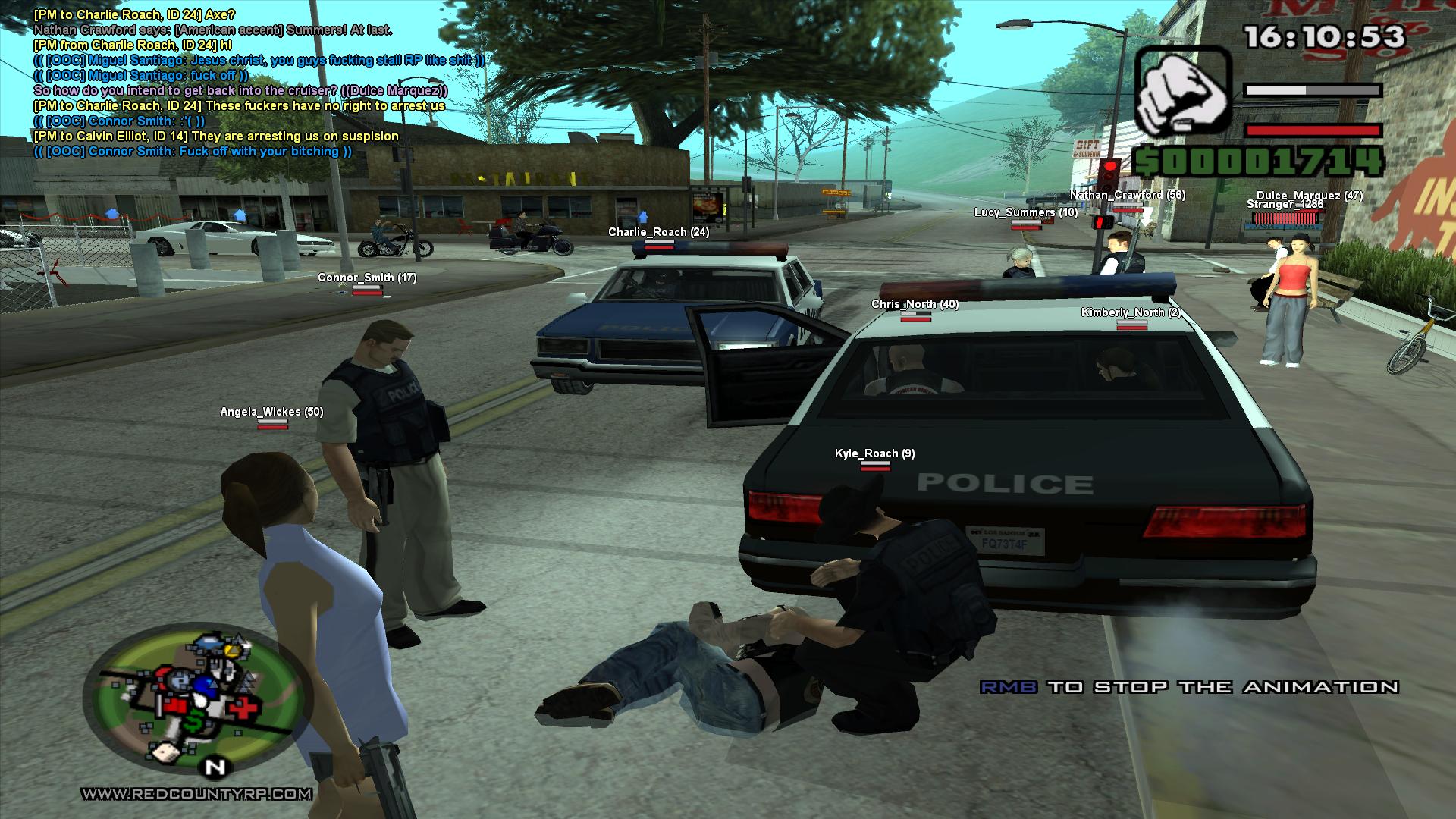 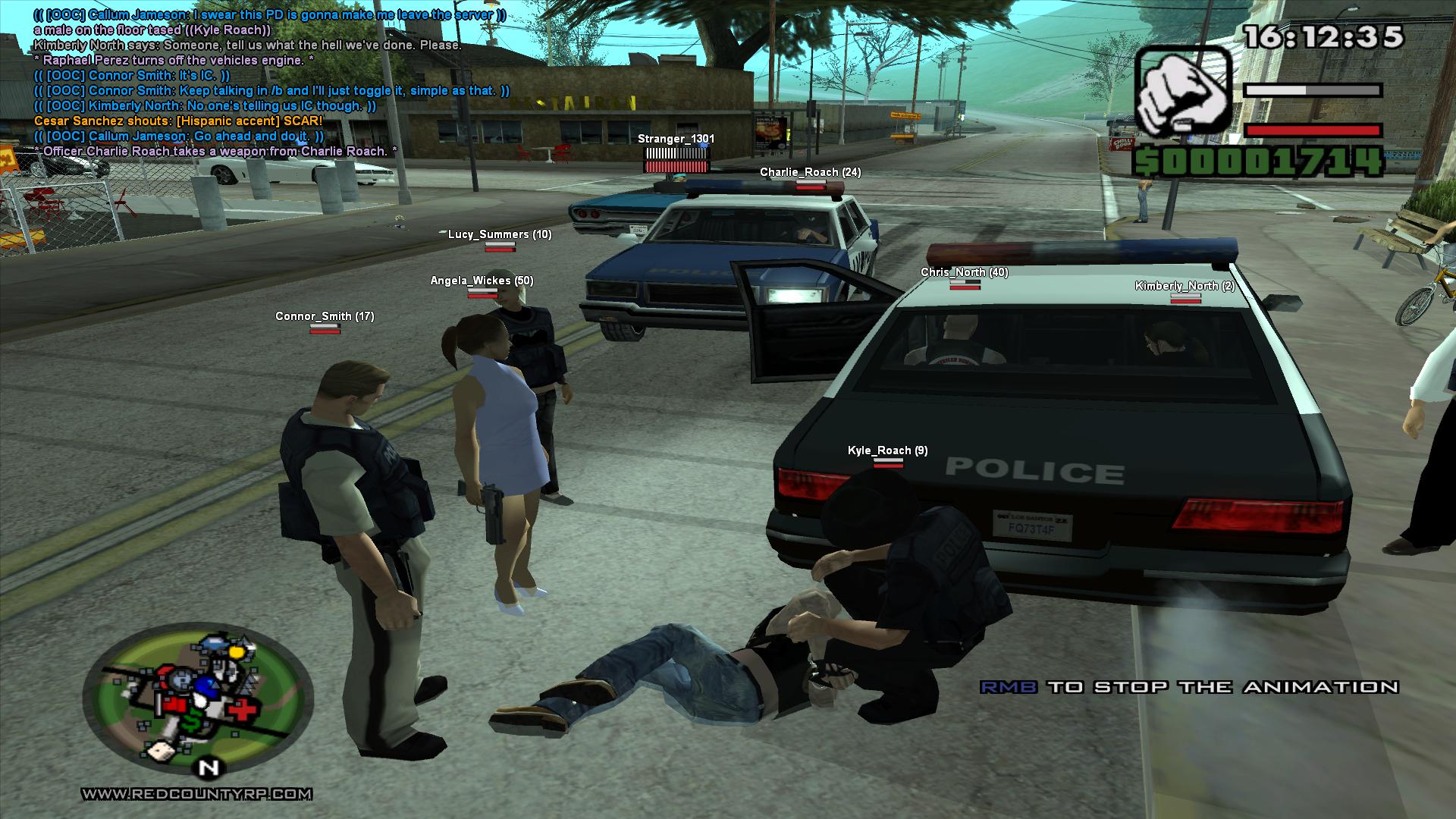 Not really any rules broken here, but I will bring up the attitude of some members when I speak with SASP HC regarding the other faction complaint.