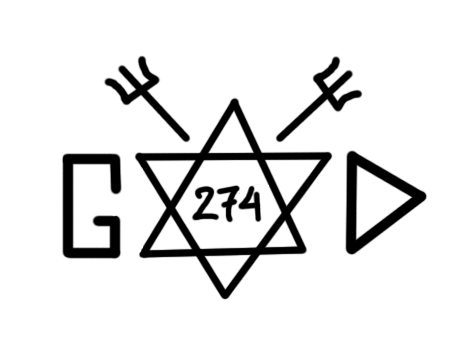 Black Gangster Disciples (From here on, abbreviated to BGD) are a small predominantly Afro-American street gang with the aims of making an income via criminal activities such as owning a large proportion of the weapon and drug market. They maintain their section of this market through violently defending what they end through beat downs, viscous assaults with hand-held weapons such as knifes, baseball bats and commonly found metal piping. Even using high end military weapons through private sources we can not trace or name; weapons such as M16's, M4's and M4A1's.

They commonly greet each other with "love" using affiliated hand shakes with hand gestures and signs to determine each other as a member of the party. We managed to pick up on the fact that only members that were affiliated and initiated into the full society of the BGD life use these signs and gestures. From now on we will be keeping an armed, un-marked cruiser keeping an eye on these individuals as well as a member of the Criminal Investigation Department tapped into communications so we can gain the evidence needed to perform a raid and shut down this organized criminal ring.

Their start is unknown, but what we do know is they started out as a local graffiti community, that undoubtedly, funded their cans of paint and resources from theft, robbery and other criminal activities. They were known as the Palomino Block Artistic Rebellion at the time and although caused the LAPD a lot of trouble, there was no evidence given forward that the individual criminals were established as members of this crew. Therefore they did not have a case-file. Our detectives looked further into the matter off their own backs eventually, noticing these affiliations starting to appear more frequently. An audio tape caught the members discussing how they were going to become rich and powerful through the sales of narcotics, mainly the "powder." Assuming this powder is cocaine, we now knew we had a problem on our hands and have been further investigating ever since. So a once under the radar graffiti crew has no become what we know as "BGD." Why they chose to affiliate with this name, we are clueless but we do believe that they formed as a "Gang" was through the sales of narcotics. Older members have been taped speaking to younger members members, complaining they want the old days back. The young members replied "To you they were old days, to us they never existed. It's about the love for each other and love for cash. Not painting walls anymore."

Leadership has been tossed around after many outer and inner feuds have took the lives of those at the bottom and the top of the hierarchy. The latest documentations suggest that the current leader is "Thomas Randolph" otherwise known as "Tip" whilst naming himself in graffiti. Either of these names are rarely ever used, but replaced with slang such as "Folk, Nigger, Homie', Big-Homie." His close friend and we believe to be, second-hand man, is an unknown figure to us at the moment. We have no evidence or suspicion to arrest him, he doesn't seem to be doing much dirty work at the moment. This makes us even more eager to catch him, we need more information on the male, without blowing our cover.


THIS IS OUTDATED INFORMATION. THE ID WILL CREATE A NEW FILE WITHIN A SMALL PERIOD OF TIME.

​
This faction has not shown the memberlist as we like to keep members confidential and avoid metagaming. However this faction is ran by Castorr, and co-ran by myself. You can use the information within the case file itself if you wish to find us. Throw us a PM if we're not IG and you need us.

Within this faction there are no official ranks, everything is dealt with respect and anybody can do as they please OOCLY, aslong as are ready to face the IC punishments. For example if you're a small boy, carry a gun if you wish, but don't cry when elder members steal it from you for doing so. Infact in many real street gangs inner beefs always start out for control of power and respect, we expect you to take action against each other within the gang.

Finally if you do wish to join I recommend several things. We hold the rights to CK anyone within the faction as we see fit, in order to maintain the factions reputation and get rid of anybody who doesn't follow the same goal as us. For example people who kill cops, allies and carry weapons when unauthorised... General things that can ruin something we have worked hard for. I class anyone within the faction as anybody who acts on behalf of us, but I'll consult and admin if a CK does come around. Don't roleplay over the age of Sixteen too start with, use an Afro American character, although its not essential. Finally, make a unique character that can develop into whatever you want. No child is born a heartless killers and most don't even grow into them.

For anyone that noticed this topic wasn't stolen from Logic III, this topic was originally mine where the rights were gifted over to Logic III.
​
Attention too all players that are considering roleplaying with us or are currently roleplaying with us, you need to read the pointers below immediately in order to make sure we maintain the reputation we are trying to create as much as possible.

Do not come to the "hood" saying you don't live here, that just defines what roleplaying with us means. You can be new to the area, you can be an exchange student, anything creative but you have too live here, atleast if you want to RP with us sufficiently. Do not say "Oh I'm from Blueberry" because in real life a hoodlum doesn't travel too meet up the local set, infact living close by is normally what drags them into the life and not a matter of choice.

Secondly, don't act like a cut-throat. I've mentioned before that those who come to us and roleplay pick-pockets, or stealing candy from the store is acceptable and actually encouraged. ICly you're poor, you have to make a living through creative means... Hold a car wash, make a fake charity, there's no limit. But the second you start bringing knives and guns without IC consent is where we take action, because OOCly we don't want to be responsible for you and more importantly we don't want you fucking up our relations. What happens IC is IC, but two people came to us and held an off-duty cop at knife point after being with us for 2 hours, something that makes US look bad as a faction. if you've been roleplaying with us for a while and your character snaps and does something crazy, it's unique and IC, as this could happen in real life. But don't act like a fool and start stabbing cops on your first day.

Don't be the same. Be unique. Have a character who's nerdy/fat for basic creativity but even then you can expand on it. Have disabilities, hatreds towards certain people, and soft spots. My character is friendly too everyone and only has business on his mind, if anything he licks the ass off of LEO's in order to get on their good side so business is good. Not realistic in your eyes? I'm a snitch? No, I'm still selling drugs and I'm still in control of a criminal organization but my character isn't your typical heartless gang-banger.

I'm sure this will update as even futher worries emerge.

Good luck with it, always good to see new gangs around.

BenBiddulph said:
Don't roleplay over the age of Sixteen too start with.
Click to expand...

TommyB said:
19.
You may not roleplay your character being younger than 16 under any circumstances.

The youngest age allowed to RP is 16, this is also the youngest age you can set to your character when you register it.
.
Violating this rule will end up with an admin warning you. Continuing to violate the rule after the warning might end up with bigger punishments.
Click to expand...


MeFiu1 said:
Good luck with it, always good to see new gangs around.

BenBiddulph said:
Don't roleplay over the age of Sixteen too start with.
Click to expand...

TommyB said:
19.
You may not roleplay your character being younger than 16 under any circumstances.

The youngest age allowed to RP is 16, this is also the youngest age you can set to your character when you register it.
.
Violating this rule will end up with an admin warning you. Continuing to violate the rule after the warning might end up with bigger punishments.
Click to expand...

what i meant is no older, my bad

Yay street gangs are making a comeback. I like this.