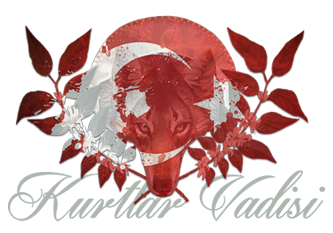 Kurtlar Vaidisi is a circle of criminals , originally from Turkey. The name itself means "Valley of the wolves". It's a fresh, criminal organization which is currently seeking for taskmasters to earn their way into the life of Red County. It's basically a brotherhood where the members are related like family members. Every member has his special task and place inside the group , but it all relates to the very leader.

Turkey, 1991. Kerim Aslan, a fifteen-year old kid who lived his life far from the beauty and the wealth from Istanbul. He grew up with his mother Gulfen in a small house on the margin of the city, in the poor "favelas". His life was really simple and boring as he didn't have a chance to educate himself becuase his mother was the only one working in the house as his father Ahmet was killed from the hands of a local narco-boss in the city. Without a decent scholarship, his path to a happy and fullfilled life was practically closed. Living in a corrupted neighborhood, where dealers do businesses with the local police, he didn't have a bright future. Only thing he's done for his life was carrying milk to the locals with his brother Mehmet. He had lots of things to see as he's done that job along with his brother. But one day has changed everything. That day his mother sent him to deliver milk to a new resident who was misterious and scary for the locals. But on that trip, his brother didn't follow him. The misterious man invited him to his house as he wanted to show appreciation towards Kerim. But suddenly the man left the room for a brief moment coming back with a small paper bag, offering it to Kerim. Opening the bag he had quite a lot to see. There were few packages of cocaine and a .38 snub-nosed revolver. The man explained to him that he needs someone to sell his products troughout the city. The man told him if he'd succeed to do so, he'd gain a lot of money and revenge his father's death. As Kerim was still driven by the rage of his father's death and he'd basically did anything to possibly avenge his beloved father, so he agreed. Over the time he's done many jobs for the man, althought the still didn't know who he is. One day, as he was wisiting the man to pay him the weekly tax, he heard a gunshot inside the house so he quickly dashed into it. Once there, he found the misterious man lying on the floor with a Berreta in his right hand. Yes, the man killed himself but Kerim didn't know why. As the time passed Mehmet helped his brother with selling of the drugs, so Kerim called him to the man's house to take a look of what has happened. The boys decided to take the man's belongings and to burry him behind the house. They took all his money and quickly ran to their house, but something terrible there happened. Their mother was lying dead on the kitchen floor, with a bullet in her head. Kerim and Mehmet automatically knew that someone was on to them, and that the man's death wasn't a suicide. They didn't have much time left, so they gathered as much as they could carry and took the man's vehicle and started to drive westward. They came up to the airport and payed the director of it the whole load of cash which they've got to fly them towards anywhere, just to escape from there. The director couldn't refuse the offer as he saw the huge load of money they had offered him, so he tucked them inside the plane leading to America (Los Santos).

America, 2009. almost seven years have passed since the Aslan brothers took the flight which changed their lives. Ended up there, they didn't know anything, the language, the culture, basically anything. For one year the brothers lived under a bridge, until a man noticed them and brought them to his own home. They were already grown-up men and knew how to show gratefulness. The man's name was Tevfik, he was a local which used to fish around the bridges of Los Santos but he lived in Blueberry. He took care of the Aslan brothers when it was the most needed. Tevfik escaped from Turkey too because he couldn't stand the sitation there, so he took the plane and moved to Blueberry. Tevfik started to learn them English and the rules of the land, the culture and how to make money. A year passed and the Aslan brothers were already a part of the everyday life of Red County. They've improved their English and did many successful jobs. They've managed to buy houses, vehicles, have women and everything they might needed. Tevfik was really happy to see the Aslan boys rise. One day they had lunch and in Kerim's mind an idea showed up. As he remembered how profitable the job was he had by the misterious man, he asked Mehmet and Tevfik to maybe start such a business there. They hade some discussions, but in the end, they managed to agree. They've formed the group, swearing to watch each other's back, and to make a bright future for the whole group. They named it after the slang name of their old neighborhood, "Kurtlar Vadisi", or in their language, "the valley of wolfs". They started good, but at the new eve, Mehmet lost his life in a terrible accident which happened on the highway leading to Las Venturas.

IC
-Always respect every member, especially the leader.
-Always be avare what are you doing, especially when it's connected with the group.
-Don't start fights or verbal discussions with other people without a good reason.
-Always help out allies of the faction.
-Never, ever launch an attack on an hostile faction without the leader's permission.

-Follow up IC rules , and the rules of RCRP.

-If you're Turkish OOCly , don't use many words ICly.

-Try to take a look at our handbook for some Turkish slangs/words, try keeping it real!

-Post screenshots of your roleplay within the faction on this thread, we're active, right?

-Try to follow the rules as much as possible to avoid to be punished. You're making the group look bad.

-Keep your RP on a level. RP is the key to everything!

The ČZ 75 is a pistol made by Česká zbrojovka Uherský Brod (CZUB) in the Czech Republic that has both semi-automatic and selective fire variants. First introduced in 1975, it is one of the original "wonder nines" featuring a staggered-column magazine, all-steel construction, and a hammer forged barrel. It has a good reputation amongst pistol shooters for quality and versatility at a reasonable price, and is widely distributed throughout the world. It is also the most common gun in the Czech Republic. 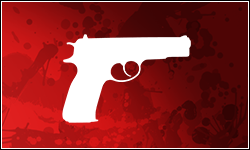 Introduced in 1990, the Colt Anaconda is a large frame double-action revolver featuring a full length under-barrel ejection-rod lug and six round cylinder, designed and produced by the Colt's Manufacturing Company. Chambered for the powerful .44 Magnum and .45 Colt centerfire ammunition cartridges, the Anaconda marked the Hartford, Connecticut firm’s first foray into the popular large-bore Magnum pistol market. 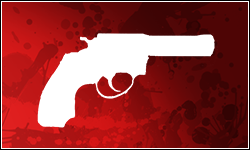 Mossberg 500 is a series of pump-action shotguns manufactured by O.F. Mossberg & Sons. The 500 series comprises widely varying models of hammerless repeaters, all of which share the same basic receiver and action, but differ in bore size, barrel length, choke options, magazine capacity, and "furniture" (stock and forearm) materials. Model numbers included in the 500 series are the 500, 505, 510, 535, and 590. 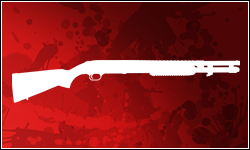 The Heckler & Koch MP5 (from German: Maschinenpistole 5, "machine pistol model 5") is a 9mm submachine gun of German design, developed in the 1960s by a team of engineers from the German small arms manufacturer Heckler & Koch GmbH (H&K) of Oberndorf am Neckar. There are over 100 variants of the MP5, including a semi-automatic version. 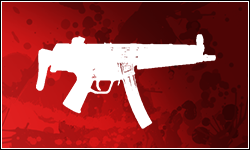 The AK-74 or "Kalashnikov automatic rifle model 1974" is an assault rifle developed in the early 1970s in the Soviet Union as the replacement for the earlier AKM (itself a refined version of the AK-47). It uses a smaller intermediate cartridge, the 5.45×39mm, replacing the 7.62×39mm chambering of earlier Kalashnikov-pattern weapons. 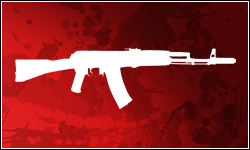 eheheh kerim is back
good luck to us!

The music and everything was really awesome, I felt like I'm watching a movie.
If you can manage the activity then am all for it, you know who to ask if you need anything.
Lucks' for losers.

Best of luck Benson, know you can do well with this.

GL with the faction, I hope to see this go far!