Last edited by a moderator: Thursday at 11:29 PM

San Andreas Trial Court
Receipt of Filing & Judge Assignment​
In the matter of:
Steven Lawrence
Petitioner
v.
THE PEOPLE OF THE STATE OF SAN ANDREAS
Respondent
[H.C.-2020-30]
​
The Trial Court accepts the Habeas Corpus in the matter of: Steven Lawrence v. The People of San Andreas (H.C.-2020-30). The Court will forward this to the appropriate agency and arresting officer, and you should receive a reply within 72 hours.

Going to need an additional 48 hours to get this filled out.
((Exams currently. It will be done.))

Dear Mr Lawrence, please find attached the evidence forwarded by the arresting officer. You are now kindly requested to provide either a counter-narrative and attempt to discredit the evidence, or bring forth evidence and witnesses of your own.

(( if you would like explanations of the contents of IC evidence items please PM @Zodiac, don't ask here, thanks ))

I have received your inquiry request and will be providing my statement in this reply. As for evidence, a copy of the following items have been mailed to your correspondence:

On the 15th of October 2020, between 08:00 PM to 08:25 PM, Chloe McMillan pulled over a dark Stretcher, license plate , with four occupants on Cypress Road, facing Route 48. Steven Lawrence happened to sit on the rear-left seat of this vehicle. As the traffic stop came to a halt, Steven Lawrence and his accomplice leaned out of their windows and opened fire on the trooper, landing four head shots and ending her life. They took off and split up afterwards. The bodycam and dashcam footage received helped us identify his license plates and confirm his identity as his face was shown in the shooting. His accomplices were later found and were neutralized in a different scene by Blueberry Bus Depot, leaving Mr. Lawrence as the only survivor of the murder. He made the 911 call to surrender himself, admitting to murdering a trooper and found him at Xoomer's Gas Station in Fort Carson, Bone County, alone. The troopers detained him and brought him to the Dillimore Police Station and placed him in the Interview Rooms. His fingerprints were taken there and they matched with the forensic tests prior to his detainment. 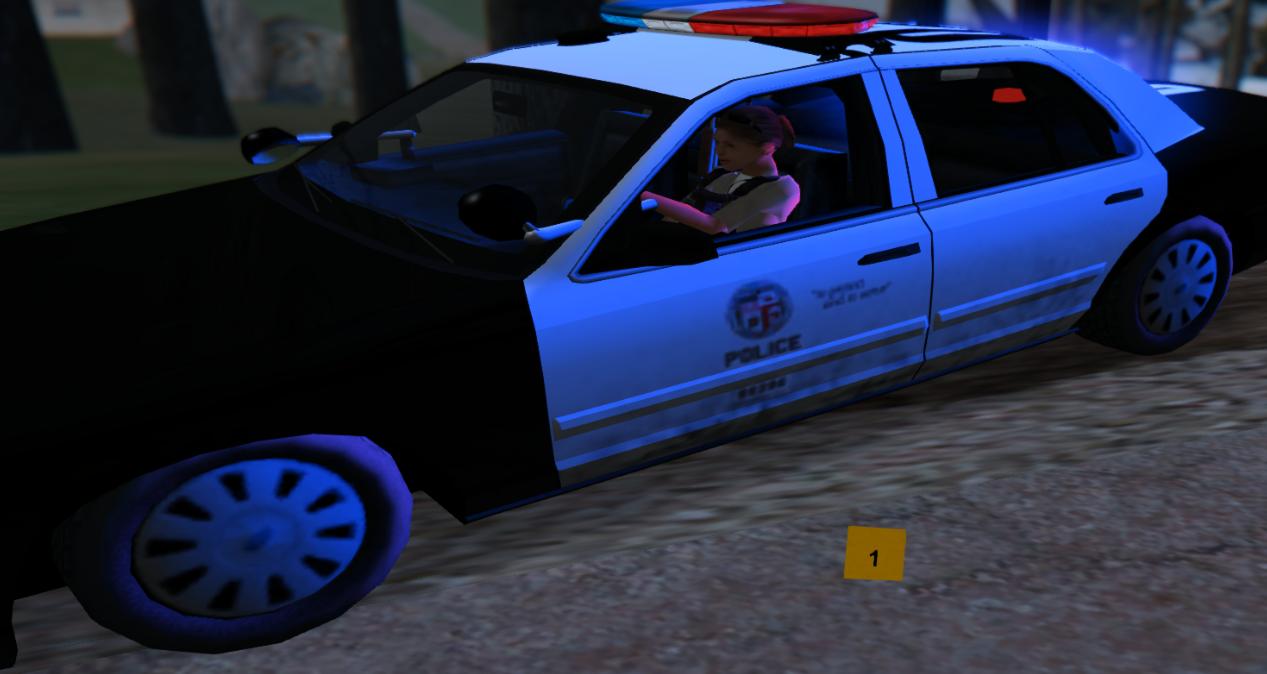