Your master account: LarsJameson
Your character: Ernesto Chavez
Their name(s): Moe Johnson, Marshall Fleming, and Devin Henderson
Offense: MG
Re-count of situation/description: Marshall and Devin entered MAL13's hideout, went into the interior where we were having a conversation and demanded we stop our business with Italians and pay them somewhat 15k tax. After refusing we attacked them and eventually killed them. The situation took about 15 minutes, then we brought the bodies outside, and as soon as we exited a male hopped over the fence and began firing at us with an MP5. I asked them in /b on how he knew, and they said he was just waiting.
Witnesses: Miguel Santiago, Hector Esparza
Evidence: 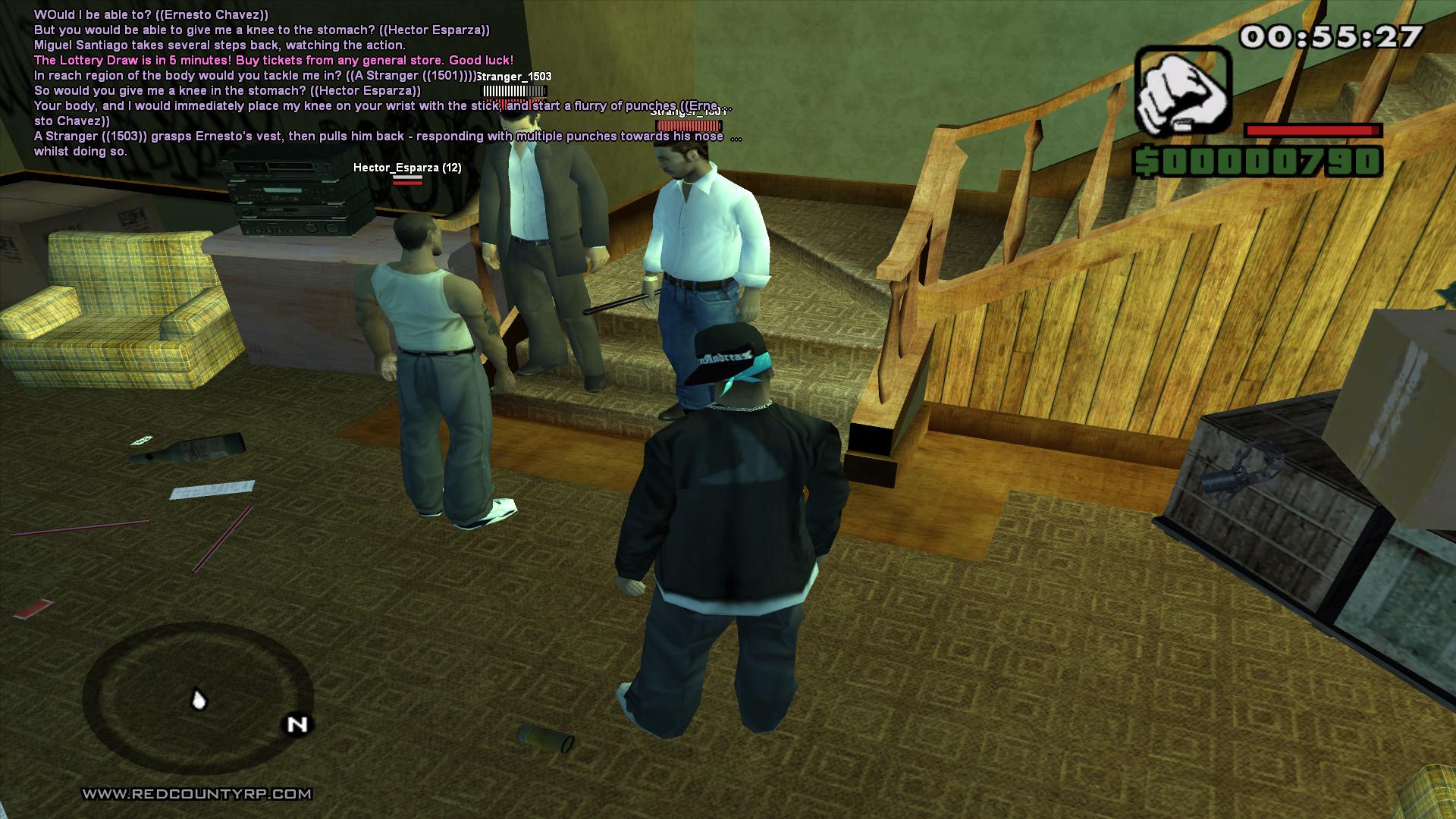 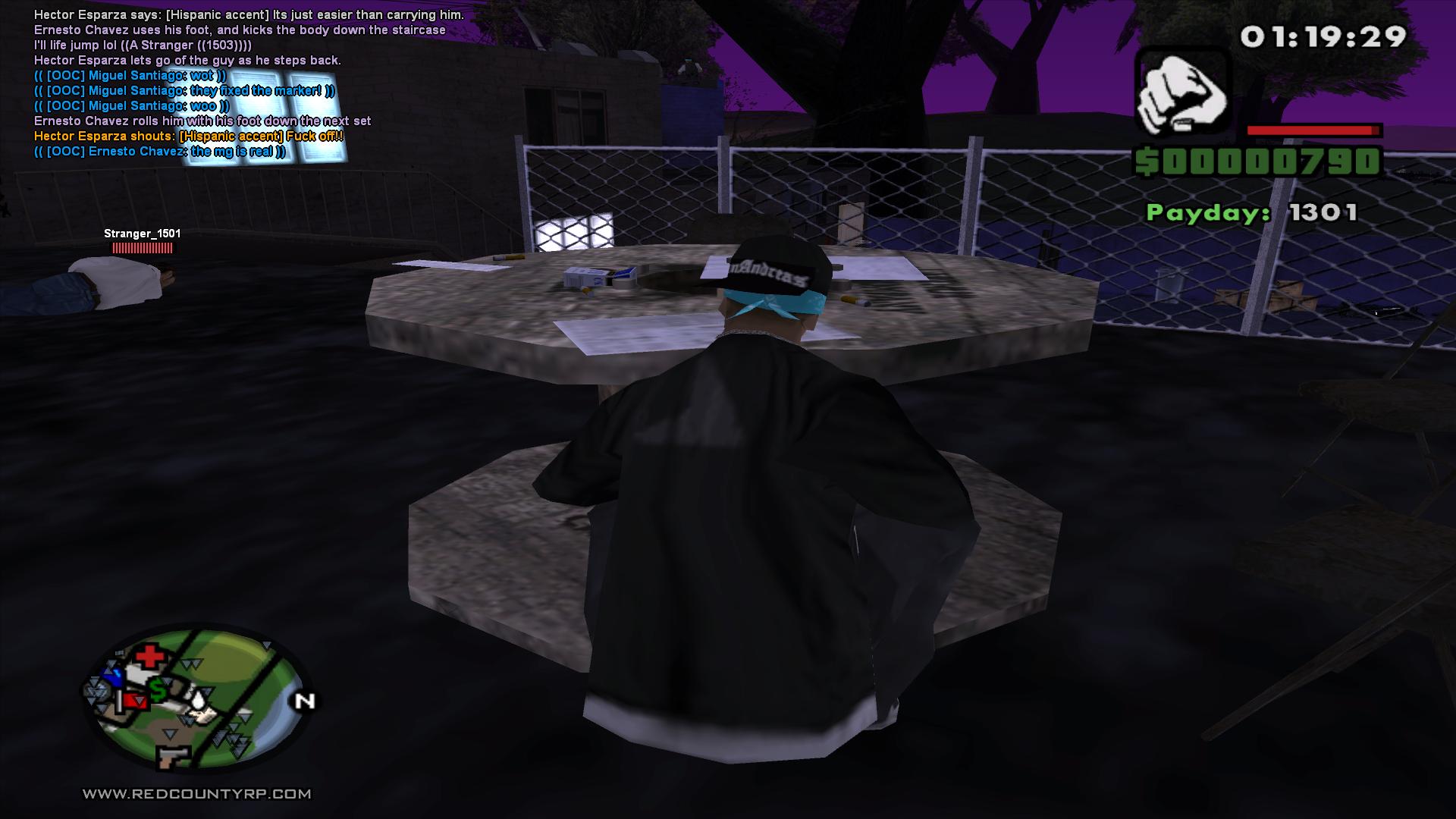 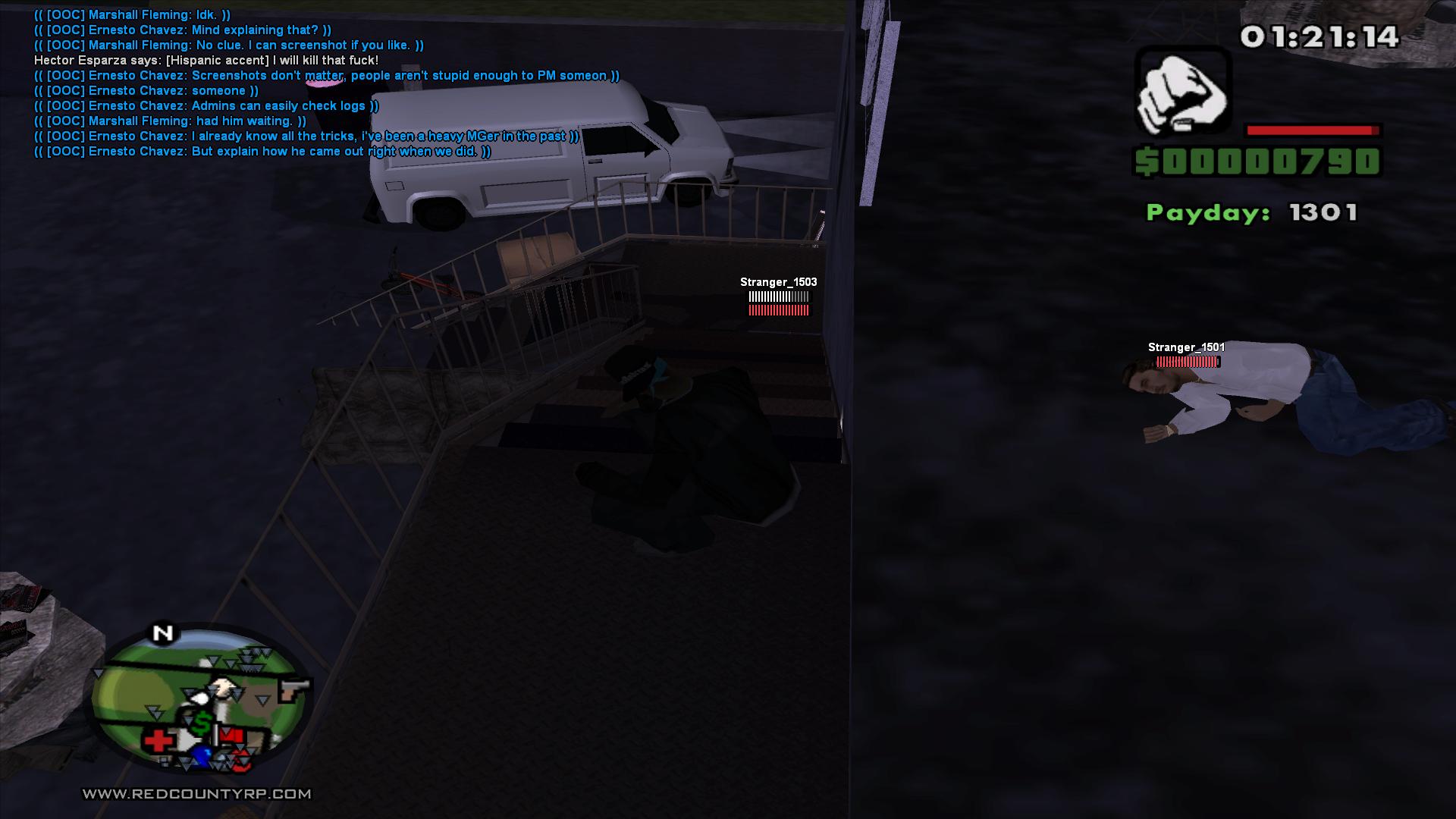 Additional information: In the first screen it shows when the had just arrived, notice the time from then, and then on the second screen.
Other Comments:

All you do is bitch. None of you died. Stop fucking whining all the time. Why exactly are you posting this, none of you died. You all managed to continue the planned RP anyway after making my associate flee.

Have you not noticed that we NEVER come without a backup plan? Look at the other fucking complaint. It was all planned accordingly. Stop being such pussies about getting shot at.

I wasn't there at this RP but I can probably give you some more information about this: when members of our faction enter a building, they will never -EVER- all go in at once, they'll keep atleast 1 or 2 people outside to scout for what ever might be threatening them or incase something happens they can always act as reinforcements.

Besides of that, Muse is right. All you guys are doing is complaining about things, when things turn in your favour there's no one saying anything but when it's the other way around I can literally see entire rivers getting cried out.

Are you guys serious, I got radio calling from muse before they went in to scout just in case things "went south". Like our members are gonna walk into a opposing faction members hq like sitting ducks.

Forgot to mention I didn't immediately fire, I was watching for a good seconds, realising you were dragging Marshall which is when I fired shots.

I'm going to imply my input, you guys MAL13 are always crying how you get shot at. if you want to keep things in place, why not start off making alliances and recruting more people? stop complaining every time you get wrecked.

I'd like it if you didn't start off the arguement about us being bitches and pussies. Also @JoseGarcia, we can't get more members because they leave when you guys attack us over and over again.

Miguel Santiago here, I like how you tell me to recruit people when your DM'ing makes my members leave the faction, because they can't RP anyways without people with AK-47's from the Firm jumping into my ganghouse and just lighting the whole place up. So the people I just recruited? They leave because of your actions and then you ask why I whine and bitch when I get attacked 24/7 without no retaliation? Think twice next time.

This proves what kind of person you are, we've attacked you -ONCE- the other time you attacked our members then got shot at and even then you start crying. If you can't even take a loss, you shouldn't be playing a game like this, try My Little Pony Adventures, you might be able to win there.

Why do you automatically point the finger at you? Toneh is right, we have attacked you ONCE.

Even when I entered your HQ and tried to RP with you, you started bitching OOCly. I tried to make peace with you but nooooope you go ahead and kill us.