Your master account: Warbringer
Your character: DeShawn Banks
Their name(s): Joe Black - Namechanged into Joey Mendez
Offense: Powergaming, OOCing, refusing to roleplay, namechanging in the middle of roleplay in order to avoid being robbed.
Re-count of situation/description: Me and Phillip Cumberland planned a robbery. We posted a few ads in which we said that we're selling a Huntley (Phillip's Huntley). Phillip settled a meeting with Joe at Montgomery's Trailer Park, meanwhile DeShawn(me), waited in Phillip's trailer, waiting for Joe to come while looking through the keywhole. I rushed outside of the house and knocked Joe from behind. At first sight, he started OOCing and crying around. We told him to keep everything ICly, and in case he thinks we're breaking any rules - To post a complaint against us. He fell on the ground and I started searching through his clothes. He didn't roleplay to my /me's l and I decided I should /frisk him, since he was knocked down and unconcious. The frisk timed-out and I insisted, typing the command several times. One minute later, I saw him namechanging in order to loose the ammount of cash he had. Right after, he allowed me to frisk him. He had only 1k on him. This is totally unfair.
Witnesses: Marshall Honneywell & Phillip Cumberland
Evidence: Here you have some screenshots of what happened. 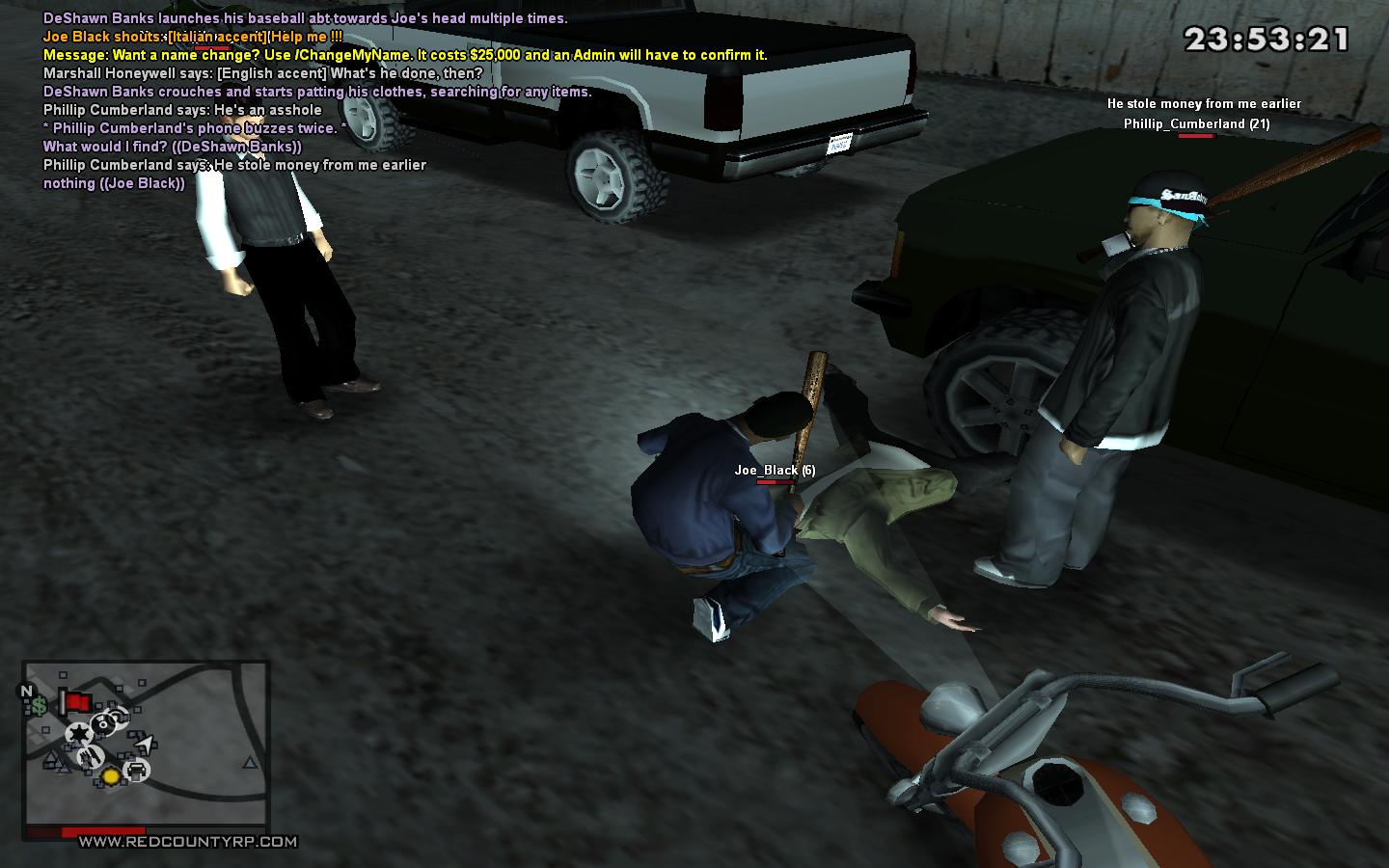 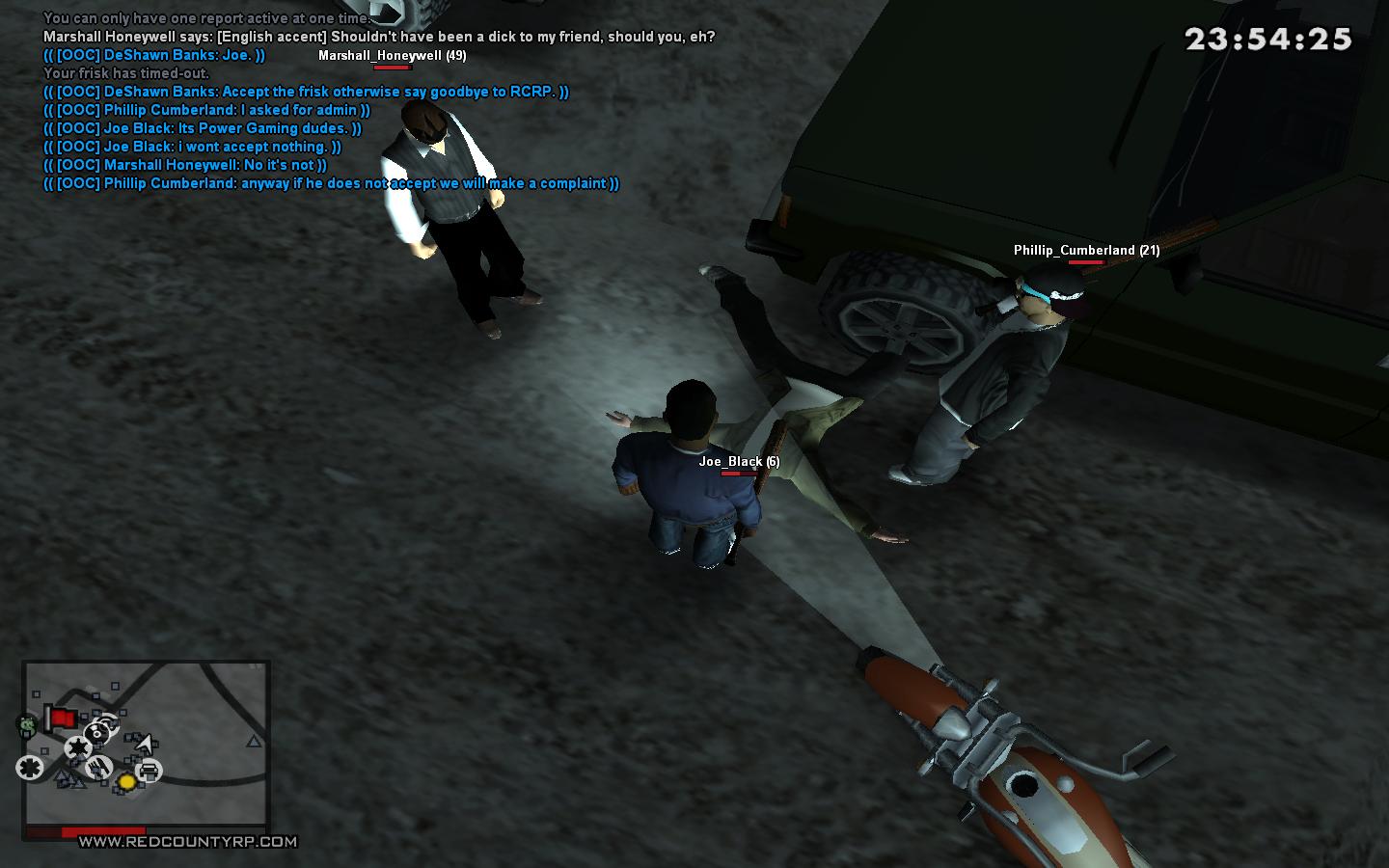 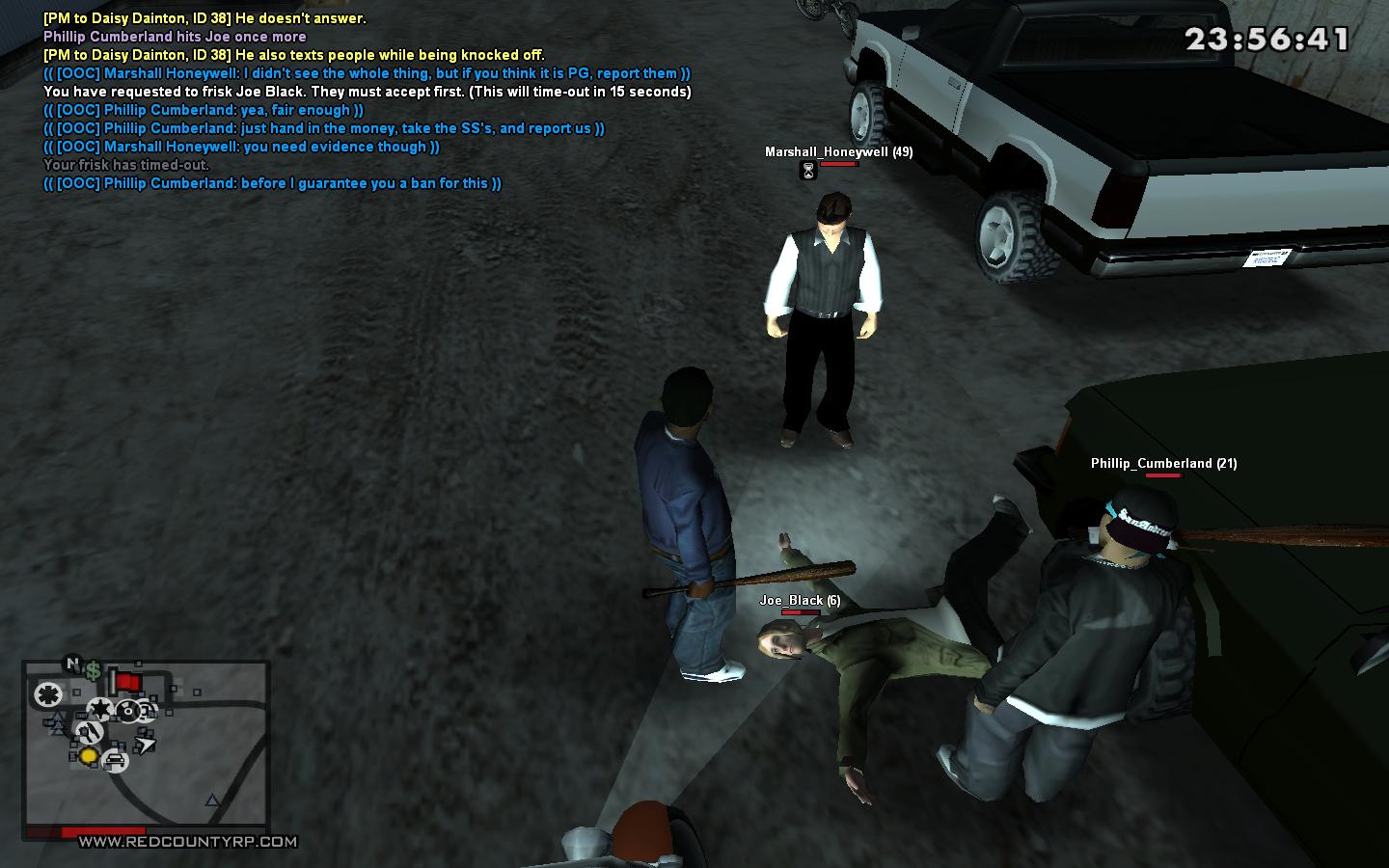 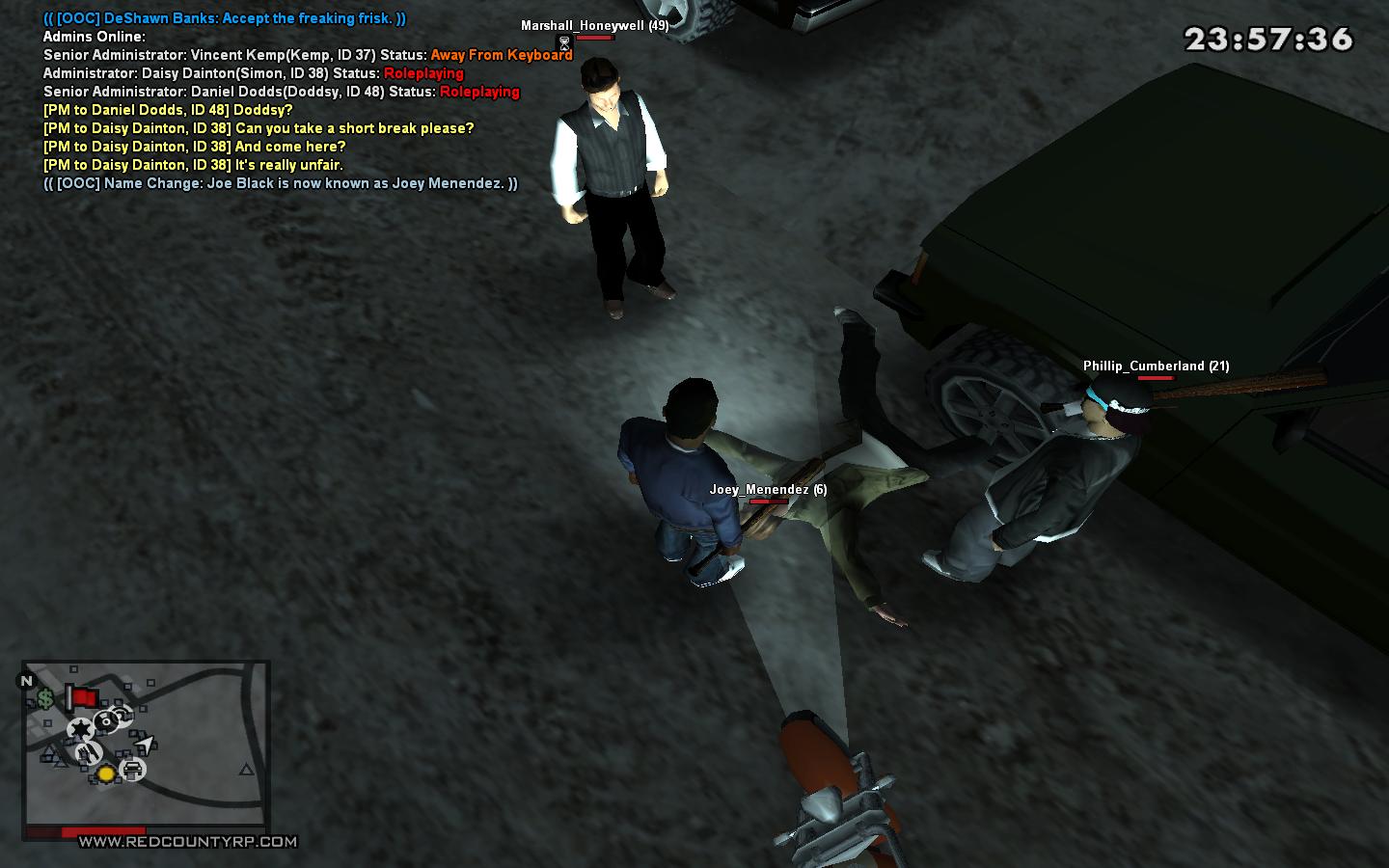 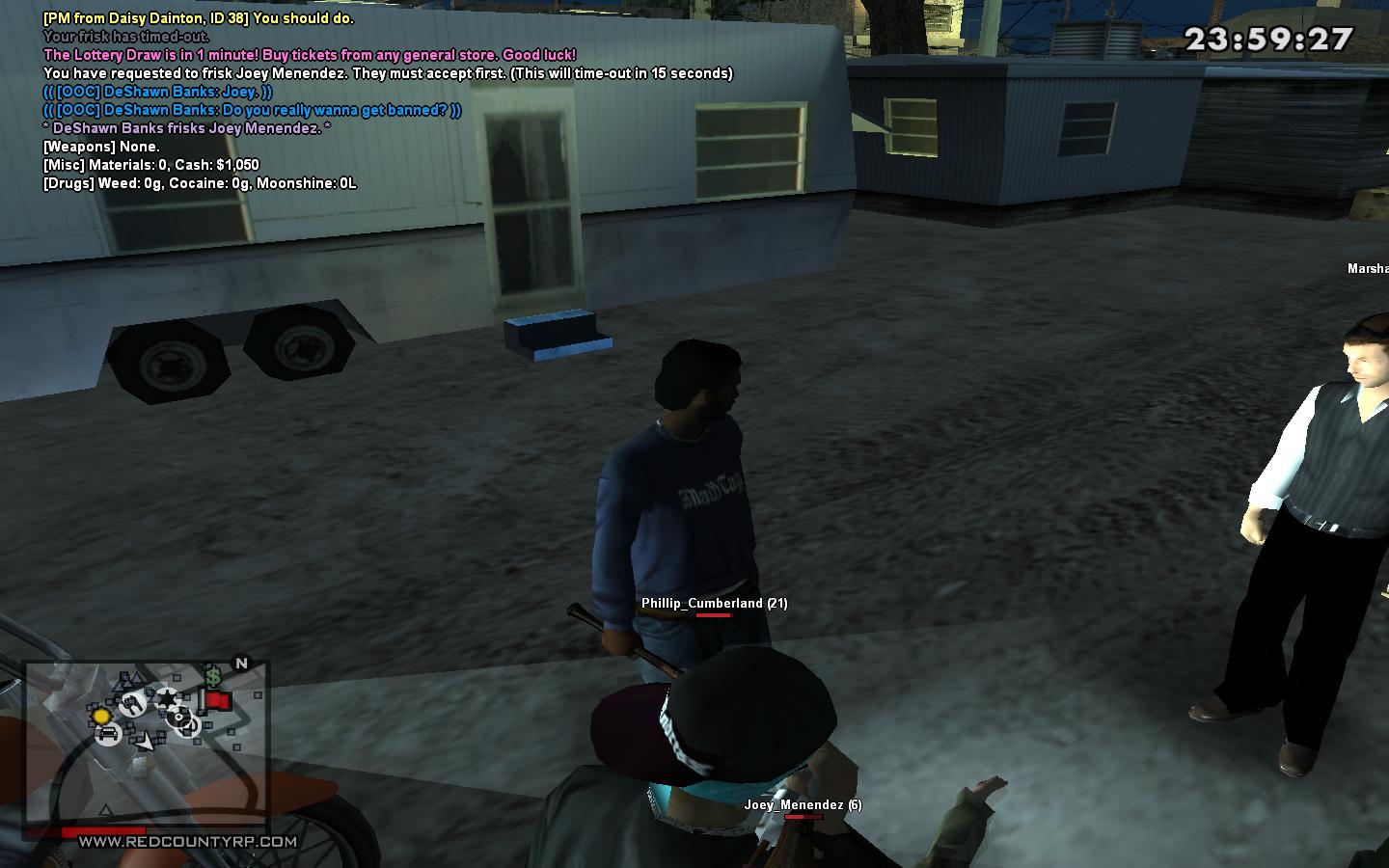 Additional information: I did a report in game but nobody was assisting.
Other Comments: I'd like to get him punished and refunded. Check the logs if necessary but clearly he had money on him.

I don't see any powergaming here. Can you be a little more explicit?

Has he been notified?

Cancelled upon request - locked and archived.