Your master account: iTz_Cobra
Your character:Alfonso_Gomez
Their name(s):George Wright
Offense: NON-RP'ing a vehicular ram
Re-count of situation/description: While driving in Montgomery, I decided to drift a clover, in which I accidentally made contact with a female named Erika_Murphy, upon being spooked by the FD with a call for backup, along with the fact that my character had just finished sniffing cocaine, Also the use of a hotwired vehicle, I decided to run. I was then being chased by Matilda_Svensson in a Green Yosemite, and George Wright on a Black PCJ-600. Upon entering Los Santos, I furthered my distance on Matilda and evaded her, but George stood behind me. Finally he pulled up in front, In which I took the opportunity to ram his vehicle. He then decided It wasn't a major enough impact to do any damage what so ever. In the SS, I'm seen at about 19MPH, In reality, I'm hitting around 25~ MPH as I hit my handbrake to drift into him. Earlier, He also tried lag pitting my several times on a PCJ, but I don't have proof of that.
Witnesses: N/A
Evidence: 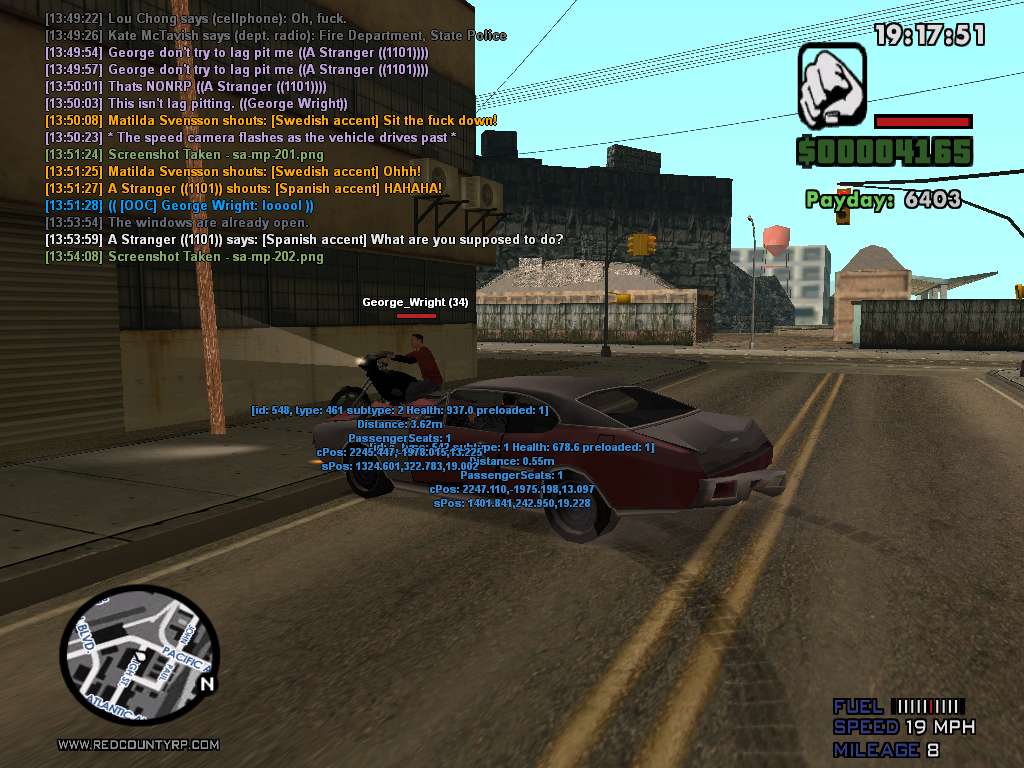 He has already been notified.

Its clear George Wright has no defense, It is also clear he is not here to RP either as seen here & here.

Action Taken: Ban
Length: Permanant
Reason/Details: Find a lighter RP server. From what I have seen, it's clear to me your behaviour is not up to the standard of the server.