Your master account: Mr.Walker
Your character: Brian_Burns
Their name(s): Danny_Jenkins
Offense: Non-RP fear, Abuse of /enter, Logging to avoid RP.
Re-count of situation/description: I want to go kidnap/rob Danny at Montgomery Bank. When I pointed the gun at him he ran and entered the bank. I followed him in as the interior was loading I received a message that he had left the server. I waited for him to come back online but he didn't so now we are here.
Witnesses: Steven Walker
Evidence: 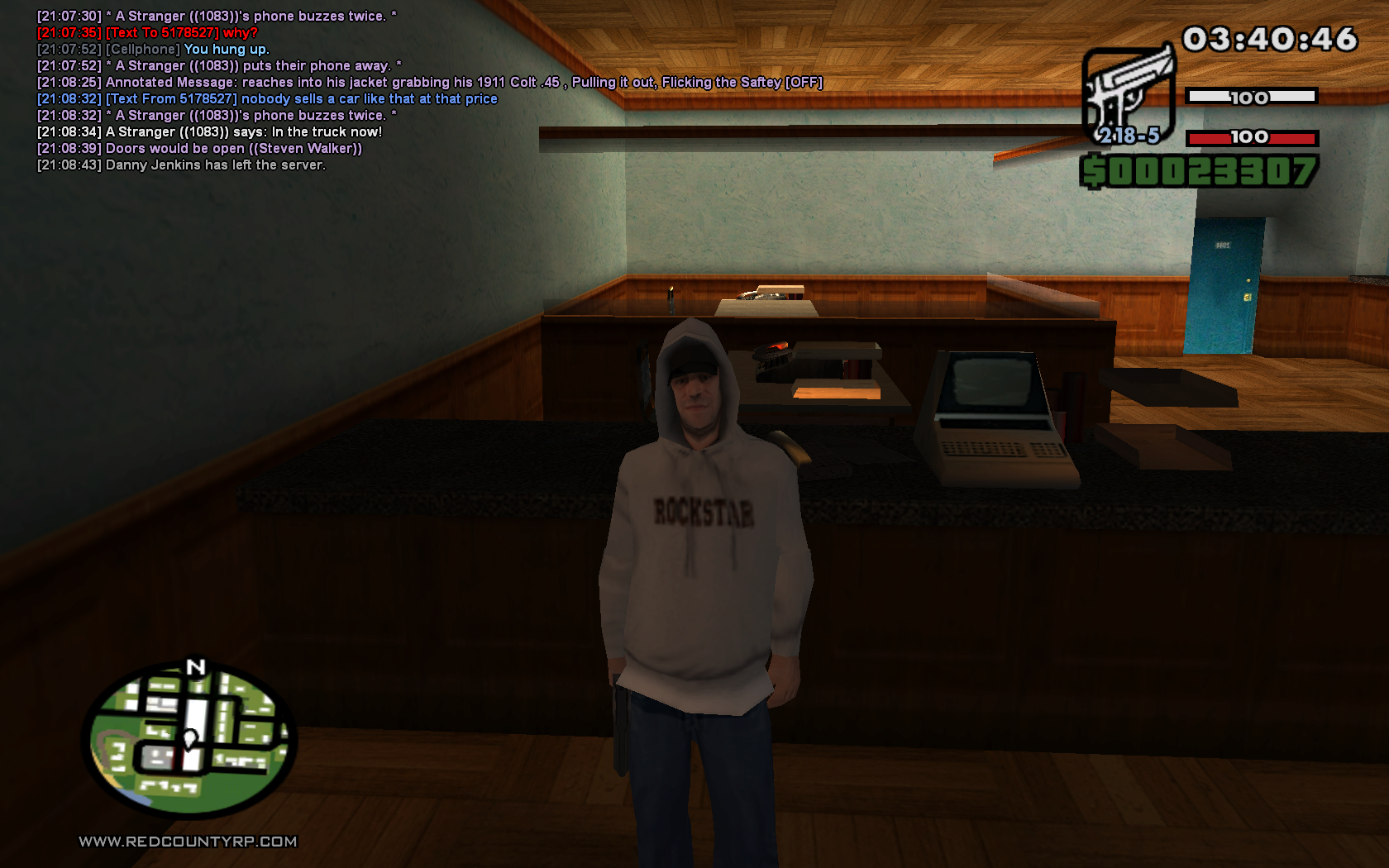 I am Steven walker and I approve this message. LOL but I was there and it did happen.

Has he been notified?


BigD said:
Has he been notified?
Click to expand...

Sorry for posting here but isn't it deemed unrealistic to rob someone inside a bank? Assuming a bank would have security personnel and what not...


Toneh said:
Sorry for posting here but isn't it deemed unrealistic to rob someone inside a bank? Assuming a bank would have security personnel and what not...
Click to expand...

He ran into the bank. We pointed the gun at him while he was outside and /enter'ed and /q instantly. My guess hoping we wouldn't see who he was.

I notified him IG again today. It's apparent he just doesn't care,

I'm Danny_Jenkins.
Well, I was offered a vehicle for $50,000 via text message, so I drew the money out of the bank in Palomino Creek, I then proceeded to meet the seller at Montgomery park, I was standing on the sidewalk of the right across form the track betting. I saw three people, there was one guy standing on the opposite side of the road of the MPD, and there were two men on the side of the park closest to the Sprunk factory with a banshee and a stafford. I didn't see the car I was offered, so I went to the Montgomery bank to deposit the money back, standing on the steps right in front of the door I texted the man and said "i wasn't interested in the vehicle" (or something close) because I didn't see the vehicle that was offered to me so I figured it was a setup,then he replied "why?" I didn't text back, then I saw a man standing at the bottom of the steps of the Montgomery bank while I was standing less than a foot from the door, I just turned around and did /ent and as I was loading to go in the bank the chat said "get into the truck" and since I was in the bank and safe from harm it was safe for me to log. Because in real life I'm pretty sure you can't just walk around waving a gun telling people to get in trucks outside/inside of a bank with a gun and not expect to have police or law enforcement be called IRL. So I figured according to realistic RP I was safe in the bank. But I am sorry if logging at that point was wrong, maybe I had poor judgement.

Action Taken: Date Ban
Length: 5 Days
Reason/Details: Used /q to avoid roleplay / failed to RP fear - the excuse with 'public' places is getting old. You had no reason to immediately /q and avoid the RP scene.

I posted on behalf of BigD, since he asked me to.