Your master account: Manu
Your character: Kevin Sterling
Their name(s): Castro Alvarez and Tony Alvarez
Offense: Refusal to RP
Re-count of situation/description: As me and Dallas were driving towards PC on the 48, Castro suddenly swerved in to my lane and crashed with me head-on. I started RP'ing injuries and such, when Castro states 'I didn't hit you, must've been lag'. I insisted to RP, because my car was actually damaged and I already RP'd injuries, but he states: 'I only RP what I see on my screen'. He also tells me to 'cut it', so voiding RP without admin permission and also states 'you're like 11' for whatever reason..
Witnesses: Dallas Jordan
Evidence: 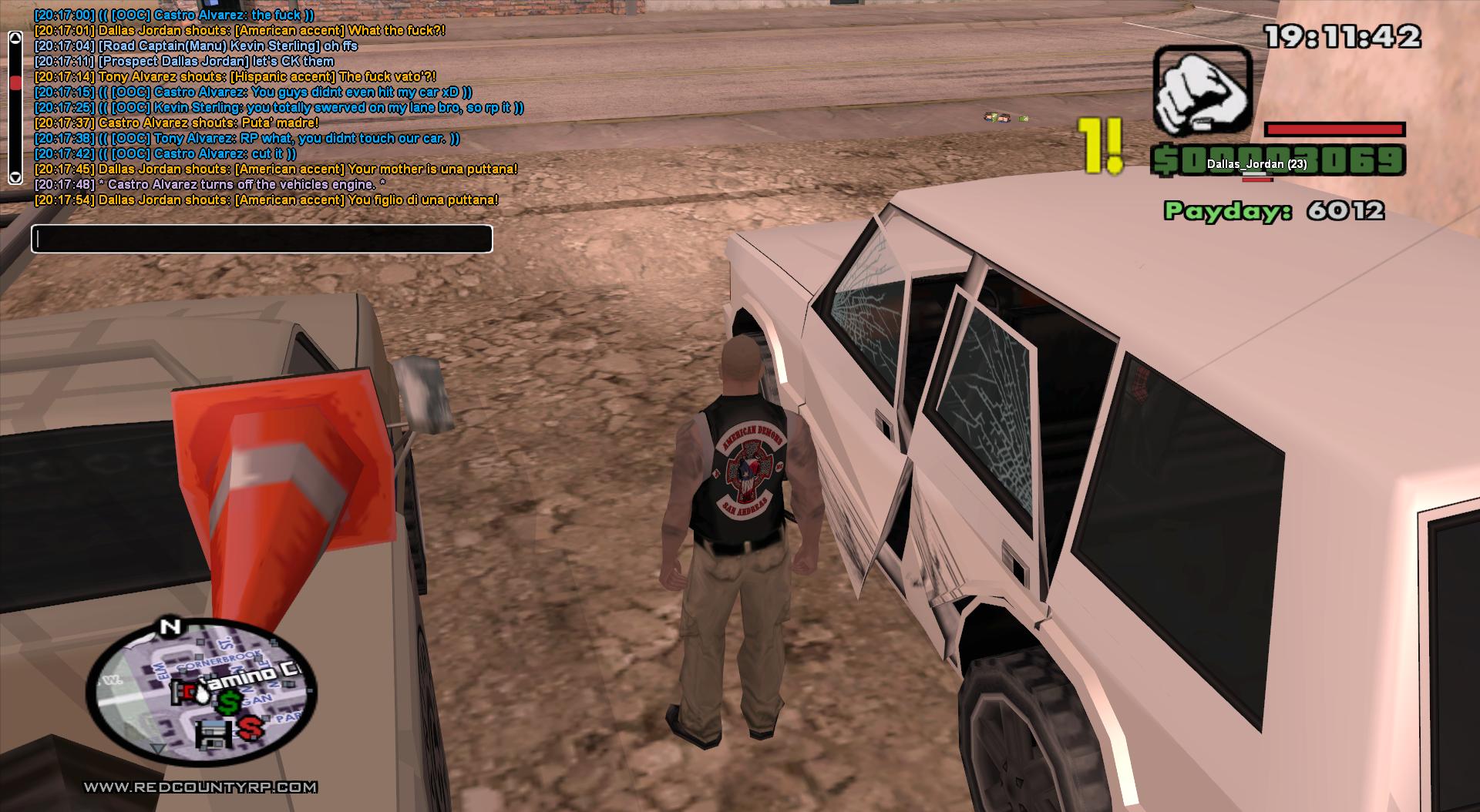 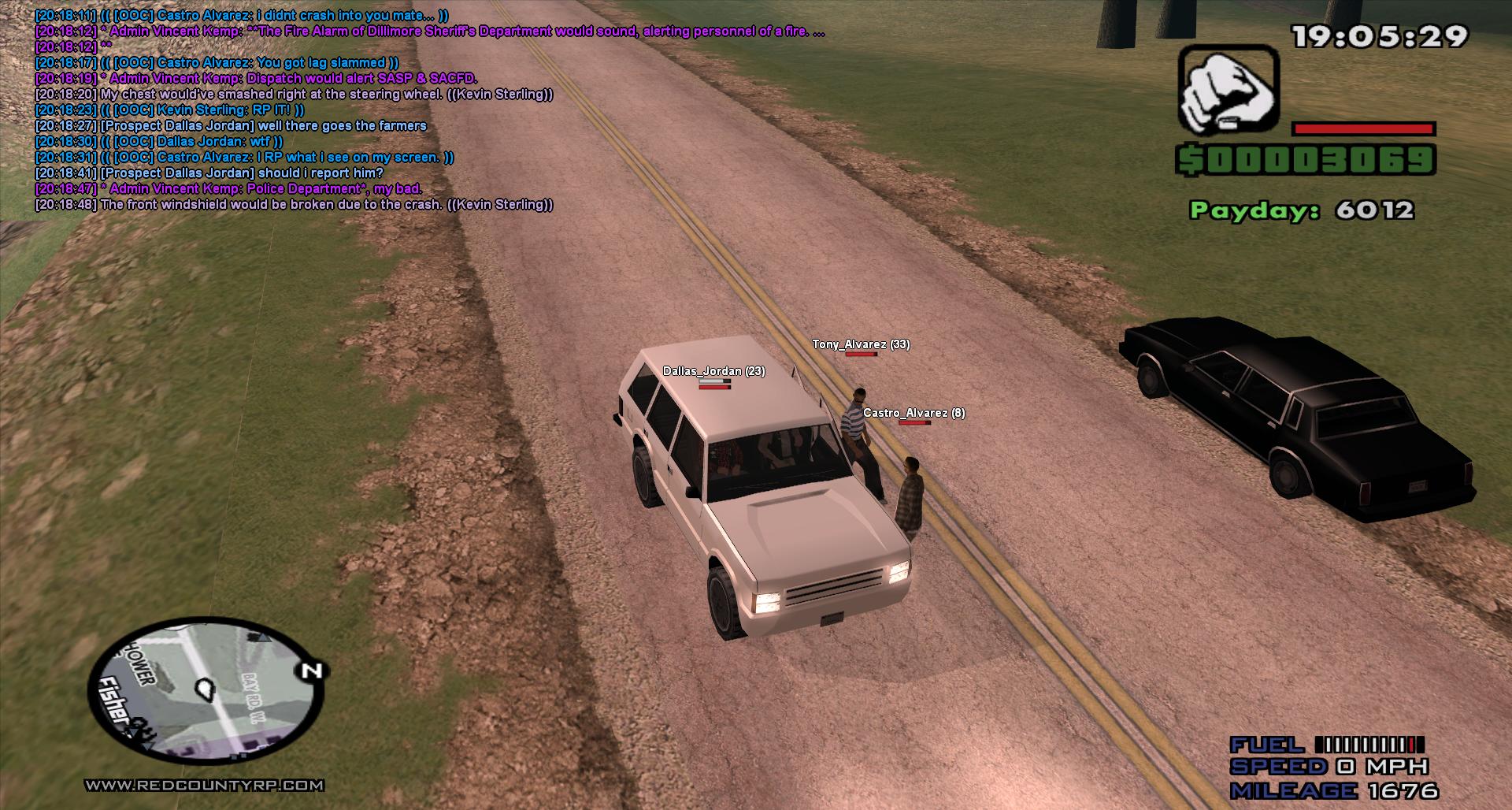 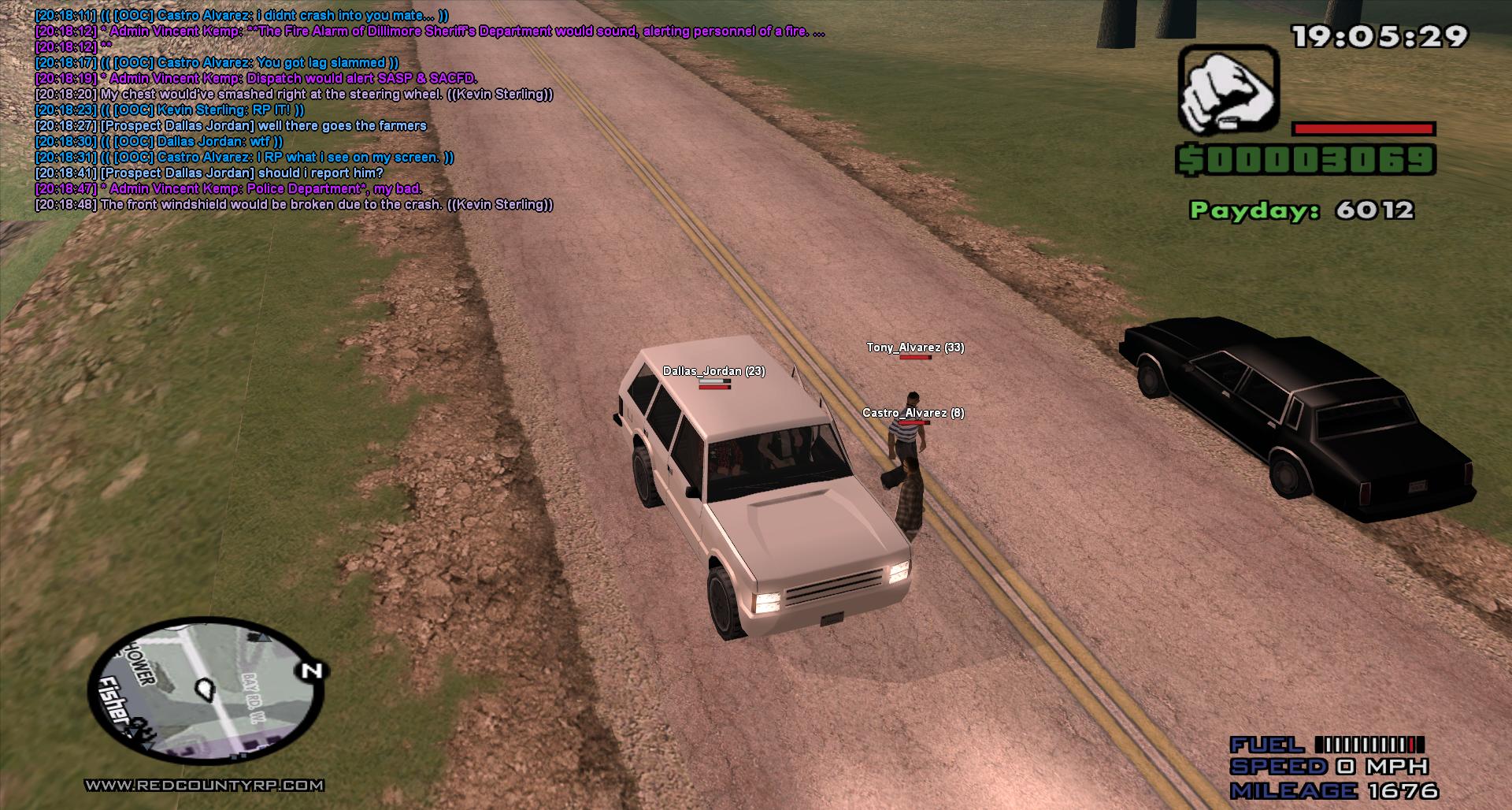 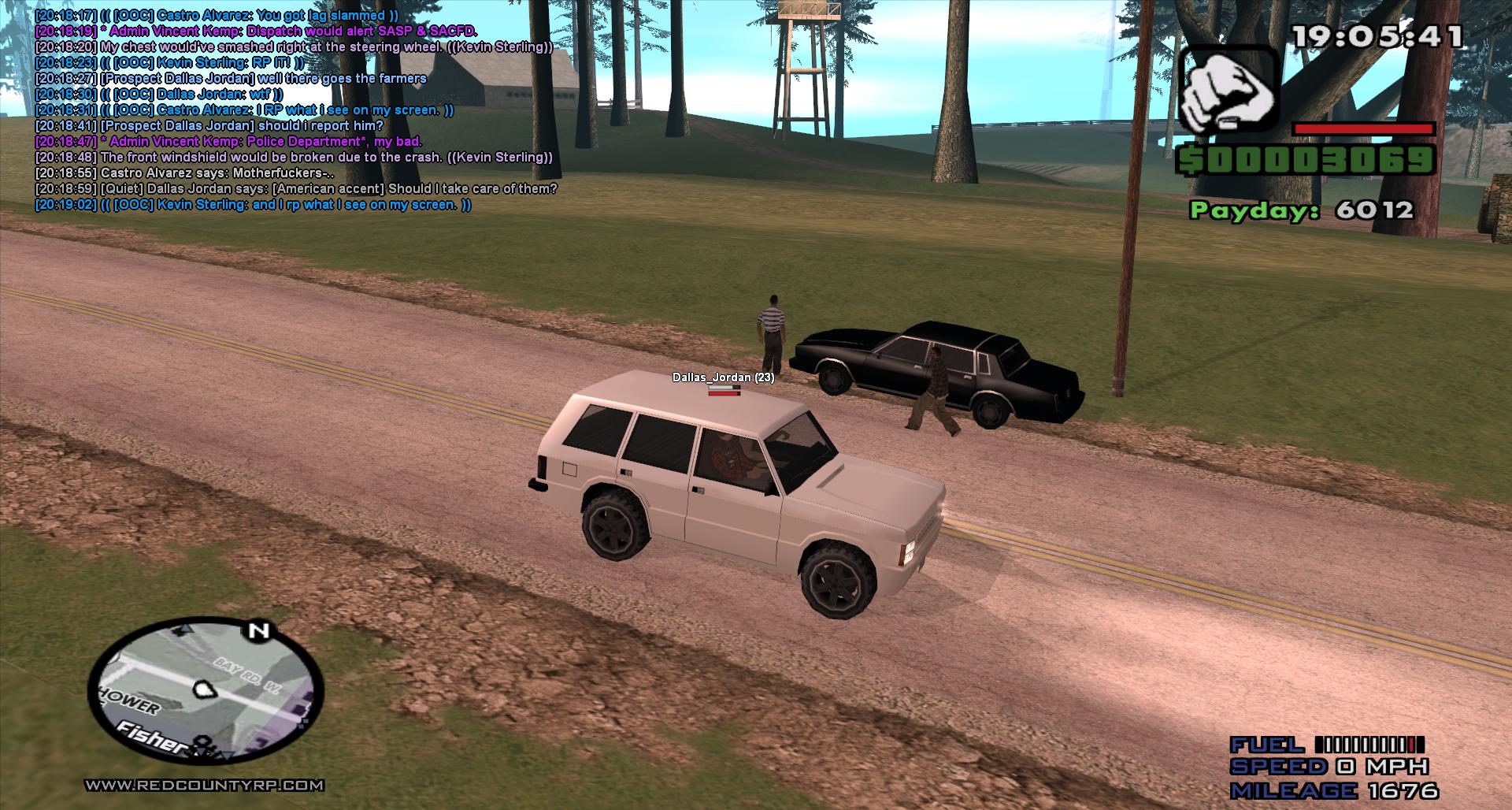 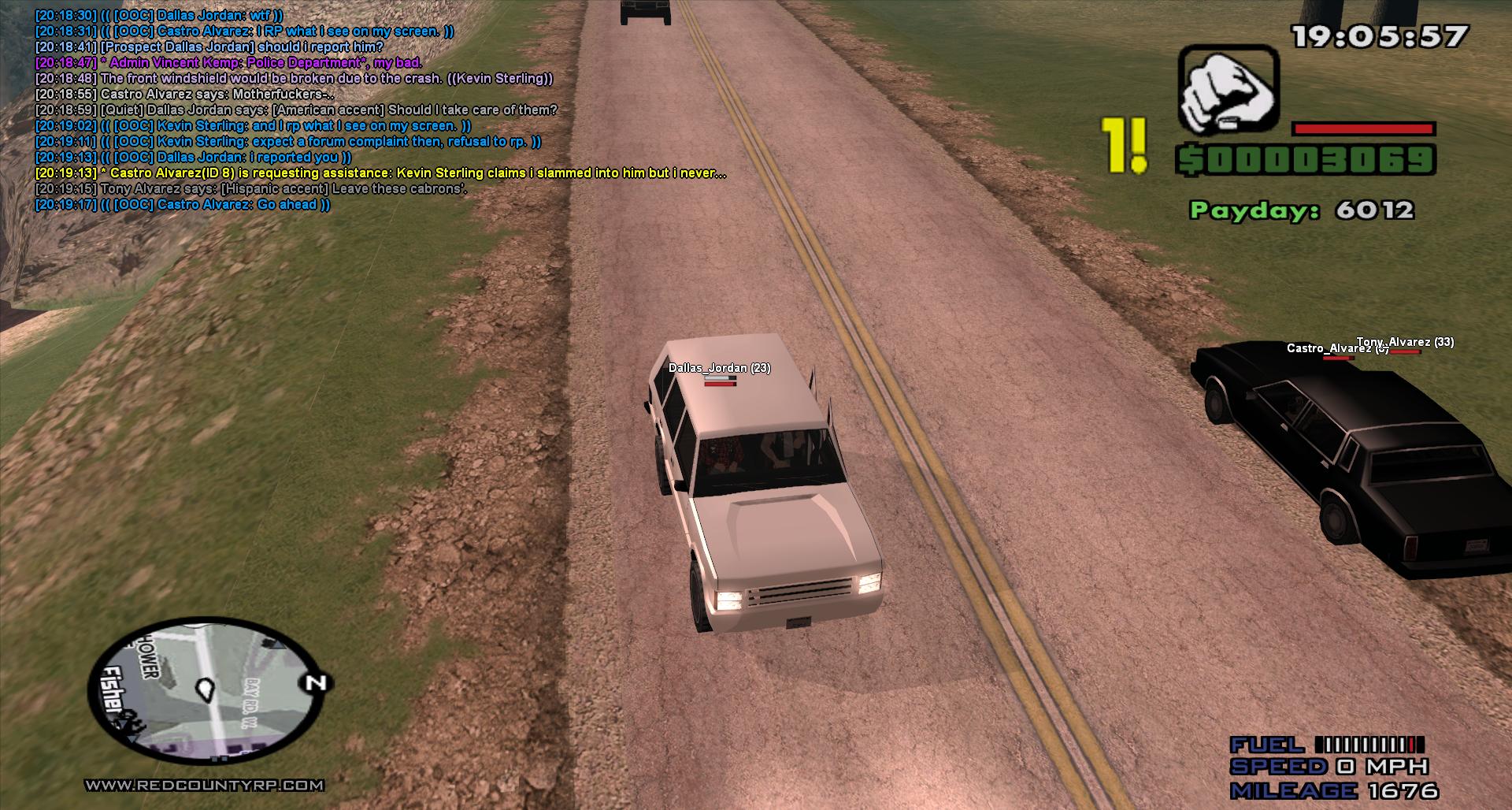 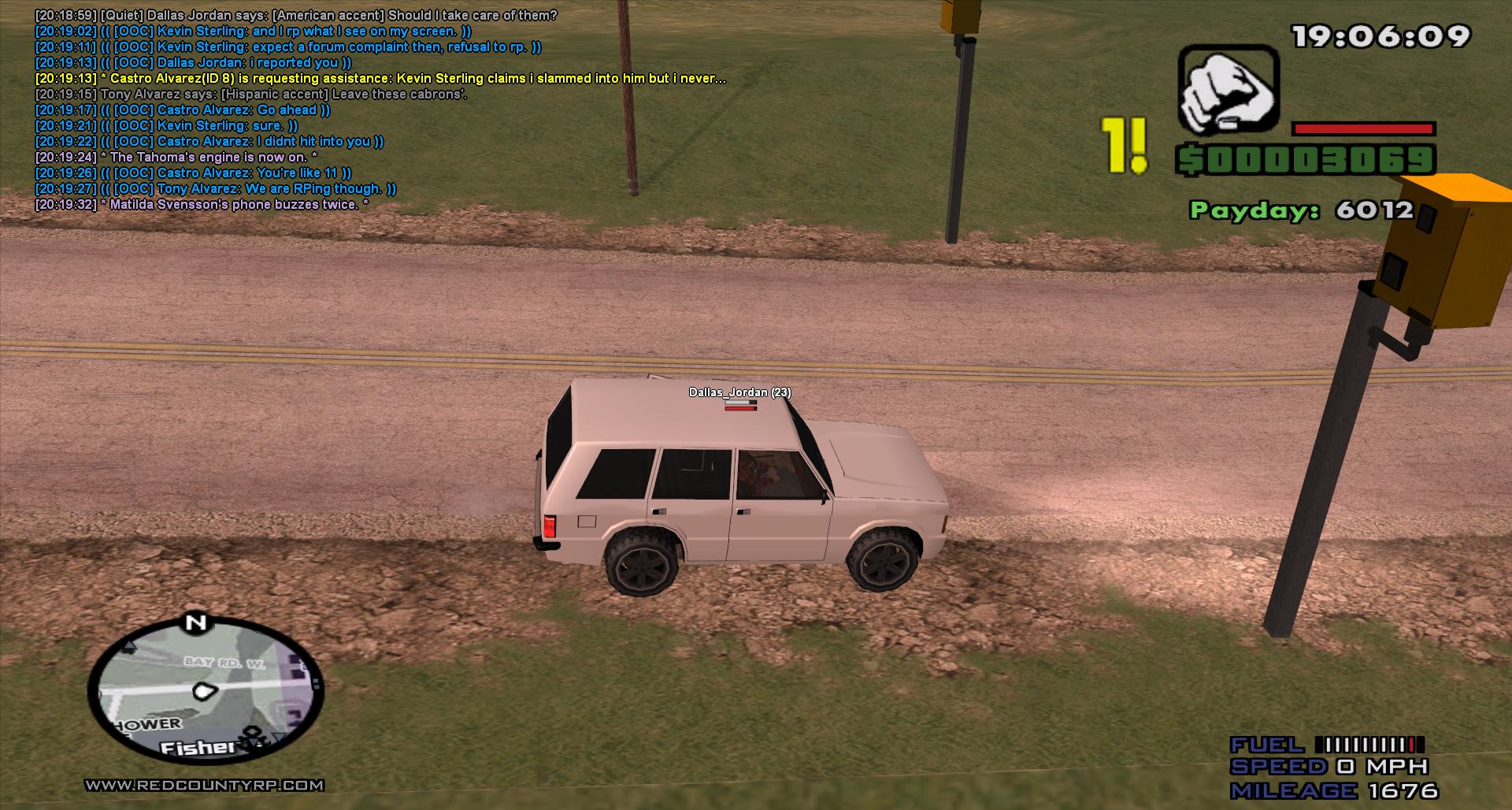 Additional information: I have informed them that a complaint would be posted:
http://i.imgur.com/r0qmN1F.jpg
Other Comments: N/A

Unfortunately I don't agree with this complaint as no one hit my car on my screen and my vehicle weren't damaged at all, admins may go ahead and punish me for it but I promise you that my vehicle did not impact with yours, thank you and I'm sorry if I've made an mistake which weren't my fault at all. And the reason why I said "cut it" was because i was telling Tony not to use /b as I hate it a lot.

The evidence presented doesn't really show no car health by using /dl and looking at both cars they looked completely fine. I would put this down to lag and would void the RP, next time just don't stop in the middle of the road and spam /b take it to PM's and come to some sort of agreement or just accept that it was lag.