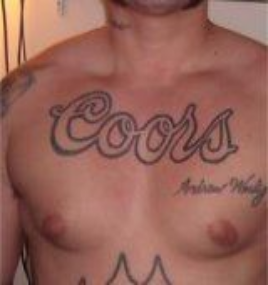 C.O.O.R.S. (Comrades of Our Racial Struggle) Family Skins/Coors Family Skinheads (CFS) Racist skinhead group based in San Andreas State, but most members reside within Red County and Bone County, Fort Carson. The group, formed around 1999, describes itself as a “White Power family/Kindred of Skinheads,” and claims that all members are devout followers of Odinism, although evidence shows this is not the case. There is some evidence of the groups' presence outside of San Andreas in Arizona, Louisiana, Texas, Utah and Nevada. Many of the key members are currently incarcerated within Green Palms Correctional Facility, which results in the majority of recruitment happening within prisons. They use a logo consisting of an Othala rune combined with a runic symbol, but they also occasionally appropriate the logo for "Coors" Beer. 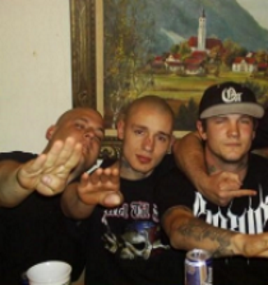 Sometime in the latter half of 2008, a sheriff's deputy encountered two individuals who both had tattoos of the logo of the Coors brewing company; he was told that they had the tattoos because they liked the beer. The deputy accepted the statement. When he mentioned the tattoos to his colleagues back at the station they made fun of him for not recognizing the tattoos as indicating gang affiliation with the Coors Family Skins.


The crystal methamphetamine strain known as White Gangster began its reign over Palomino a few years ago. After a short period of being on the market, it immediately became a hit among tweakers. Cheapness of White Gangster made it so accessible to both young and older generations. Gaining the nickname due to it frequently being sold by white gangbangers in the area, it is believed to be manufactured by a member of COORS Family Skins. Purity percentages range from low to high every few months. Cheap chemical materials are used in the creation of the dangerous narcotic, so it is very harmful to users.


Turf
C.O.O.R.S FAMILY SKINS operate on the Northern side of Palomino. 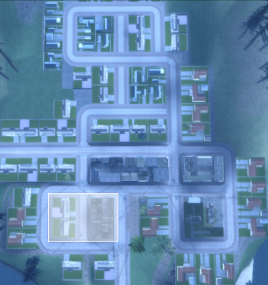 in for a classic

get crazy you white motherfuckers