Master Account: JesusDeLaSanja
IG Name: Julian_Ruiz
IG Level: 1
Admin who banned you: It was the system, no actual admin did it.
Reason for ban: Weapon Hack (Fist)
Do you think this was a false ban? (yes(and why) / no): Yes, it must have been, since I do not use hacks.
Admit to offense? (yes/no): No.
Other comments:
The system banned me out of nowhere, saying that I hacked the weapon "Fist", Which is impossible, since "fist" is the same as "Unarmed". I do not use cheats (I do have Cleo's however, I do not use them IG anyways and are related to changing CJ's clothes and spawning Single-Player cars) so I can not come around a reason for the system to find me Weapon Hacking.

What were you doing IG at the time of the ban? From what I can figure out it looks like the autoban system is working properly. My guess is that you have a program to spawn cars and weapons in single player and you attempted to use it on RC:RP, thus leading the system to ban you.

I was triying out animation commands, when the clothes changer popped up (It's bound to key 3) then the system popped up and banned me. Anyways, the clothes changer has appeared in other SAMP servers but I never encountered a problem, and it never presents much of a problem, since it's closed with the keys F or Enter, thus, sending the message or command I was writing automatically closes it. Maybe when you open it, it sets you current weapon as "fists"? Like when you get clothes on Binco or whatever?

On the other hand, I do not use any external programs, only Cleos, and I do not have any gun spawner what so ever. I can sends you a screen-shot of my GTA folder if deemed necessary.

Remove whatever program has that skin changer along with any other external cleo mods that could be deemed as "hacks". Send me a SS of your SA folder after that and I'll give you a second chance at the server. 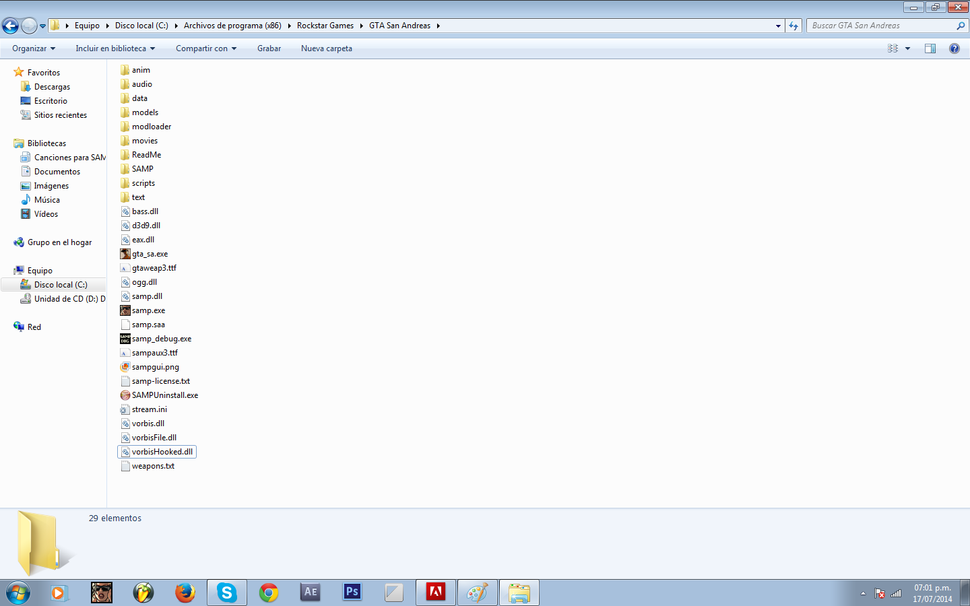 I know that's not the most definitive proof, but it'll work for now. If you get caught with hacks again I can assure you there won't be a 3rd chance given. Unbanned.